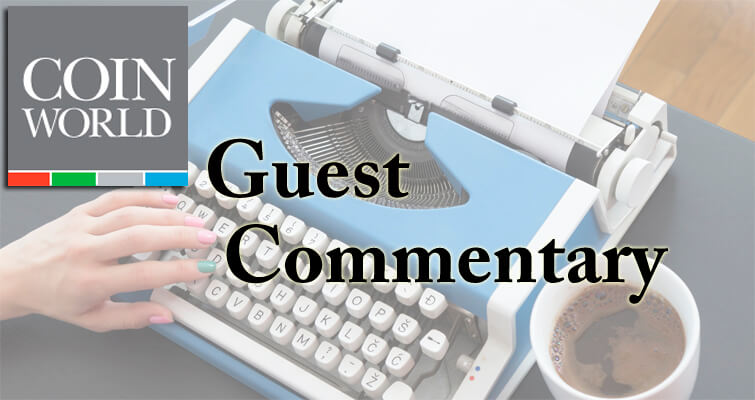 Gregory V. Dubay writes about all sorts of technicalities that can go into the process of buying a rare coin.

As the New Year began, I made a resolution to reorganize my coin collection, sell off the extraneous junk and begin to fill in the series album holes. I had been collecting more than 30 years and it was time to obtain that 1916-D Winged Liberty Head dime and the other various key coins that have eluded me for decades.

I began to sort, setting aside the holed, damaged, grossly common and worn smooth pieces of silver to sell as bullion. Like many who sell metals in a volatile market, I planned to part with only a portion of my holdings. This would be a decidedly and purposely slow process, stretching the satisfaction out over many months. Multiple sales would be made over the next year and I’d savor each sale and every purchase that would ultimately lead to the completion of a set that had been fussed over for decades.

I selected a dealer from an ad in a non-numismatic publication who offered a reasonable buy price for bullion, allowing himself a small profit and a close-to-spot price for me. We completed the deal and I received a “fat” check.

The next week I deposited his check and began scrutinizing Coin World advertisers, seeking those I knew to be reliable and offering quality material for a fair price. My buy list and excitement grew with each planned purchase. Soon I’d be the owner of a 1916-D dime, Old Spanish Trail and Hudson, N.Y., commemorative half dollars, a 1932-D Washington quarter dollar, a 1877 Indian Head cent, a 1836 Capped Bust, Reeded Edge half dollar and more. Dansco albums and Capital boards would be completed, placed lovingly in my safe deposit boxes for my descendants.

Then a few days later, a snail mail letter from my bank arrived and it began to fracture my dreams. It contained the original check I had received in payment for my silver coins and a form letter explaining the check was not valid. The check was stamped in large red letters “Refer to Maker.” After 30 years in business, I thought I’d seen every type of returned check, for every possible reason, but this brought bewilderment.

The next day I scheduled a meeting with a bank official to rectify the problem. I expected to receive a simple explanation, such as “he forgot to dot an i” or a similar inconsequential error.

The banker’s explanation brought instant nausea and elicited severely disturbing thoughts. The check was absolutely no good. He carefully explained the stamp “Refer to Maker” is a banking practice and has a far stronger impact upon the check recipient than “insufficient funds” or “account closed.” The “Refer to Maker” stamp, he said, relieves the bank completely of any and all liability. Neither my bank nor the bank upon which the check was drawn could or would provide any assistance in collection. They washed their hands of the matter.

Fortunately the state of Alabama has a strong policy of enforcement regarding bad checks and vigorously prosecutes and obtains lost funds for the check recipient. The local district attorney’s office goes as far as publishing names and photos and the amount of bad checks written by individuals in its jurisdiction every week in local newspapers. That is a strong, vibrant legal system working for the public.

Therefore, my next visit was to the district attorney’s office to file a complaint regarding receiving a fraudulent instrument (bad check). The district clerk assisted me with the forms, indicated where to sign and notarized my signature. Because the check was sizable, (more than $5,000) I was asked to wait and discuss it with the district attorney. Elmore County’s district attorney is aggressive, honest, dedicated to law enforcement and devoted to the people of his jurisdiction. I was certain my case would be handled efficiently and judiciously.

Yet, when he greeted me there was no smile on his face and I immediately suspected a serious problem. He carefully explained to me that the stamping of “Refer to Maker” is not recognized by his office as a violation of any state statute and it does not indicate a possible criminal action. Unless a check is marked with standard language cited in current law, there is no legal authority with which the district attorney’s office can file charges or attempt to collect.

Law enforcement does not appear pleased or neutral with this banking practice. In my opinion they appeared to detest the practice because it “sticks it to the working man” and allows no recourse.

The end result is I alone am left with the sole responsibility for collecting these thousands of dollars. I have sent two certified letters, but the individual who wrote the check has not responded.

What my current options are I don’t know. But I know this loophole needs to be closed and fast. To that end I am soliciting help from my state and federal representatives to end this banking practice or redefine the laws to cover prosecution for “Return to Maker” and similar check markings.

My grandfather was born in 1892. He taught me much about life and business. For now I am going to return to a basic business principle he preached to me: “Greg, only take cash.” 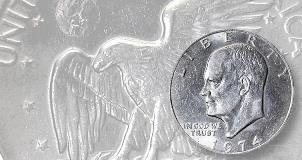 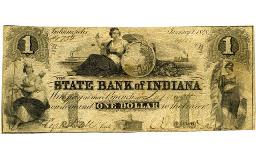 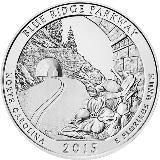