RCM official touts MintChip as the future of digital 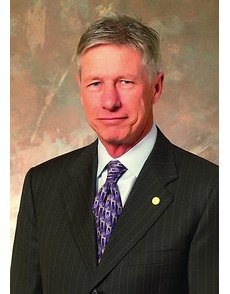 MintChip, the Royal Canadian Mint’s new digital currency payment system, is intended to offer an attractive alternative for micro- and nanopayments, especially for use online.

“Money as we know it today is fine, but tomorrow is another story,” said J. Marc Brûlé, vice president of finance and administration and CFO of the Royal Canadian Mint, as he explained the RCM’s new digital currency, called MintChip.

During the lead presentation May 7 of the 27th Mint Directors Conference in Vienna, Austria, Brûlé outlined the growth of the project.

Anonymity is promised, but Brûlé concedes that no one has yet determined what amount of money could be loaded onto the MintChip and what maximum payment size would be permitted in transactions using the system. MintChip’s main benefit would be as a cost-effective option for smaller transactions (micropayments), especially those under $1 (so-called nanotransactions), Brûlé said. “The ‘sweet spot’ is the $5 and less price point and it is online,” he said.

By 2015 an estimated two-thirds of Internet users will be located in developing markets and 80 percent of their Internet connections will be made through mobile phones.

MintChip is designed to be all inclusive, secure and respectful of privacy; it is “currency agnostic,” Brûlé said, meaning that it could be calculated in British pounds or Canadian dollars or any currency in the world. Users might be able to make payments in different currencies, but whether foreign currency transaction costs would be a prohibitive barrier remains to be answered. “We’ll see — we’re having discussions about that right now,” Brûlé said.

Just as with physical currency, owners of MintChip would have certain flexibility. “You could take the chip out of one phone and give it to a child to put into another phone,” Brûlé said.

But, parents of forgetful children might take note: there is no replacement value to MintChip, he warned. “You lose the phone, you lose the money, just like if you lost your wallet,” Brûlé said.

The Royal Canadian Mint’s involvement in developing the currency is a natural evolution of its role as a currency provider, Brûlé said, bridging the physical and digital economies.

“Our role is about getting a currency out into the marketplace,” whether that currency is physical or digital, Brûlé said.

The RCM is aware that counterfeiting efforts would challenge any new currency and Brûlé promised that the cryptography and chip behind the currency would be upgraded every two to three years, to keep ahead of the forces that want to topple it. ¦