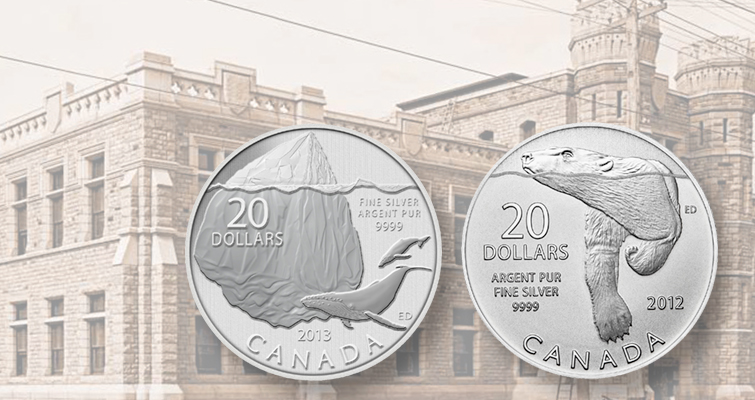 Unpredicted redemption of the Royal Canadian Mint’s popular series of silver $20, $50 and $100 coins sold at face value is causing the RCM to adjust revenue down as coins are redeemed.

The Royal Canadian Mint’s series of “face value” silver coins ended after 2016 because of mounting losses in revenue caused by redemption of the coins.

The $20, $50 and $100 coins were originally sold at prices equal to their Canadian face values.

But when the RCM began accepting the coins for redemption — the coins’ face value is higher than the value of their precious metal content — that required the RCM to restate profits for the years in which the program was active, an adjustment that is noted in the recently launched RCM 2016 annual report.

The falling price of silver during the 2011 to 2016 program, large mintages and negative publicity in Canadian media regarding redemption all played a part in the series’ demise.

When customers encountered difficulty redeeming the coins in circulation (where they were never intended to be used) the RCM began allowing the coins to be traded at face value for other numismatic products. The RCM also began a program with Canadian banks to allow for redemption in some cases.

The annual report was released May 8, about the usual time it is released annually (despite media reports suggesting it was delayed for three months because of the accounting move). In its report, the RCM said there is no plan to place a deadline on redeeming the coins.

In the past, sales of numismatic face value products were recorded as revenue, along with a liability for expected redemptions and returns that was based on historical redemption and return patterns for other numismatic products, according to the RCM.

The parameters of the program “make Face Value products significantly more likely to be redeemed or returned than other numismatic products,” the annual report said.

Because of this, historical redemption patterns — apparently based on the 1976 Olympic $5 and $10 coins — are not valid, and “no reasonable,  reliable alternative method exists,” the RCM said.

“As a result of this review, it was determined that revenue should not be recognized until a reasonable estimate of redemptions and returns can be made.”

The adjustment in revenue was one factor in a decrease in recorded profits for 2016, from the mint’s target of $41.3 million to $24.5 million, a difference of almost $17 million (all figures in Canadian dollars).

RCM officials stressed the overall positive profit figures, pointing to first quarter 2017 sales in a report released a few weeks after the annual report, indicating a profit of $11.1 million, in line with the same time period in 2016.

Future revenue will be restated as additional liability is calculated as more coins are redeemed.

The collector value for the coins remains about in line with their face value, based on recent online auction results averaged throughout the series. 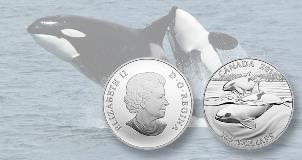 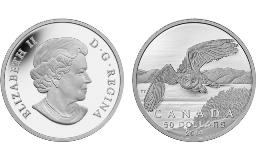 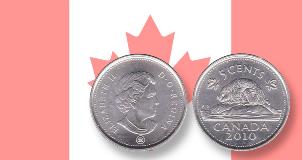