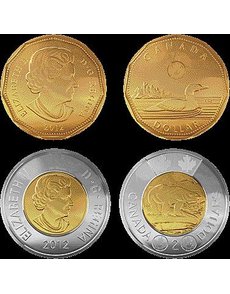 When the Singapore Monetary Authority overhauled its circulating coins, it relied upon the RCM’s multi-ply plated steel technology as well as other security technologies, like the laser mark on the obverse of the $1 coin, bottom, to the right of the large 1. 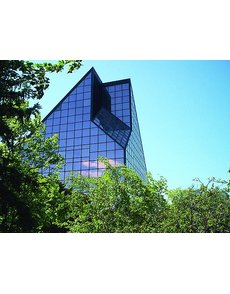 The RCM on June 13 expanded the Winnipeg Mint’s production facility that is dedicated to creating the RCM’s patented multi-ply plated steel coin blanks. That same day, the RCM announced the launch of its new research and development center.

According to the RCM, the plating facility expansion will enable the RCM to increase production of multi-ply plated steel blanks and other advanced plated products by 2 billion pieces per year, doubling the RCM’s current capacity. The multi-ply plated steel and standard core coins struck on the planchets produced at the plating facility are sold through the RCM’s specialized brand known as SMR&T, which offers coins that are “secure, modern, resistant and made of the best technology available.”

The Hieu C. Truong Centre of Excellence for Research and Development — named for one of the RCM’s most celebrated innovators — “will ensure that the Corporation remains at the leading edge of minting technology.”

Truong — a rock star in the minting technical community if there ever was one; crowds throng around him at multiple technical forums in which he participates, and his presentations receive rapturous applause and many questions — developed the multi-ply plated steel process that the RCM has employed for more than a decade for its circulation coins. The process was initially developed for fractional coin sizes but in 2012 expanded to the $1 and $2 coins.

The technology allows the RCM to plate the core of coins multiple times with varying layers of alternating metal to create unique electromagnetic signatures.

Both the plating expansion and research and development center offer great possibilities for world coin contracts, according to the RCM, which publicly announced a goal of securing 15 percent of the global market share by 2020 (it did not disclose its current share). The RCM already has produced plated steel coins for more than 30 countries, most recently for the city-state of Singapore, which will launch a new suite of coins on June 25.

Construction of the 70,000-square-foot expansion of the plating facility began in the fall of 2011. It represents an investment of $60 million in Canadian funds. When fully operational, the RCM expects to add several production jobs.

The expansion of plating facilities and the research and development center are the latest competitive strides in the ongoing race to win contracts to create coins for nations around the world.

Many nations cannot support their own mints, or find that they cannot match the economies of scale offered by a larger mint. So world mints like the RCM, the Royal Mint in Britain, the Monnaie de Paris and others compete for the business, which may become a larger proportion of their production as smaller denomination coins are migrated out of circulation and no longer produced. (Until the 1980s, the U.S. also competed for a share of the market; it struck coins for many foreign governments.)

The withdrawal of the Canadian 1-cent coin in 2012 opened up some capacity for foreign coinage contracts at RCM facilities. Despite the world’s ever increasing use of digital media for transactions, demand for circulating coins remains high in many countries around the world.

The Royal Australian Mint and the Japan Mint are two notable entrants into the foreign circulation coinage game in the past two or three years.

The RCM secured 25 international contracts in 2012, including with Brazil, the Democratic Republic of the Congo, Fiji and Saudi Arabia. It has provided coins or blanks to more than 75 countries since the Winnipeg Mint facility opened in 1976.

The RCM makes money in more ways than merely striking coins. It offers consulting services and it licenses exclusive technologies it develops through partnerships with suppliers. It also produces collector coins, medals, medallions and tokens, and it offers guidance on coin distribution management, marketing and communications, and technology transfers.

Truong has been at the center of many of the RCM’s technical innovations during his 35-year career (which still continues). Truong directed teams of engineers to develop hologram technology in minting, the refinement of .99999 fine gold, laser virtual imaging, and many other technologies.

The technology is not created just for export, but is daily seen in tangible form by users of Canadian currency. New versions of the $1 and $2 coins, released last year — in addition to featuring the plating technology — offer increased security features like laser marks and DNA (digital nondestructive activation) technology.

The research and development center facility in Ottawa focuses on advanced minting technology with an emphasis on surface engineering, specialized engraving for numismatics, bullion and refinery.

When the center becomes fully operational (expected by the end of 2013), the RCM will recruit scientists, engineers and technicians to staff a number of laboratories and facilities within the 5,000-square-foot space.

At Winnipeg, RCM officers are creating a new technology applications laboratory, to prove out new technologies such as improved high-speed coin coloring; an analytical and physical testing laboratory, to test the composition and physical characteristics of materials and their properties such as electromagnetic signature, and their hardness/durability; a security features advancements laboratory, to enhance coin security features such as micro-engraved laser marks, edge lettering and virtual imaging; and a laboratory-scale plating line to permit more advanced investigation of new plating materials and “live demonstrate” custom plating applications to customers. ¦