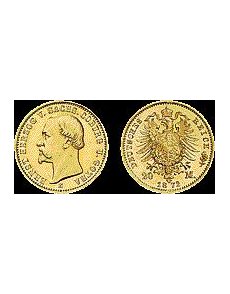 German auction firm Fritz Rudolph Künker had to add a series of two auctions in late 2011 to its longstanding schedule to handle the demand for coins.

Sale No. 199, offering “Coins of the Ottoman Empire,” was conducted Dec. 13, offering about 900 lots, the first of three parts of what the firm said is the most comprehensive Ottoman collection (the latter two to be sold in summer and autumn 2012).

All 149 lots from the German gold coin segment and all 420 lots of German Empire gold coins were sold.

A highlight from the German Empire gold section was the 1908-J gold 20-mark coin from Hamburg. Described in the auction catalog as grading About BU, the example in the auction is the only example on the market. It realized €126,500 ($166,504 U.S.).

The complete catalog and results may be viewed online through the firm’s website, www.kuenker.de, or through www.sixbid.com.