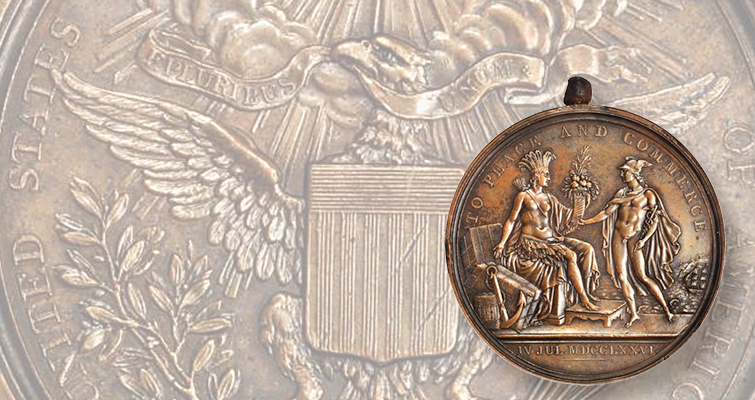 Originally conceived by Thomas Jefferson and personally approved by George Washington, the Diplomatic Medal was intended to be struck in gold and used as the official gift of the United States to recognize foreign diplomats for their service. 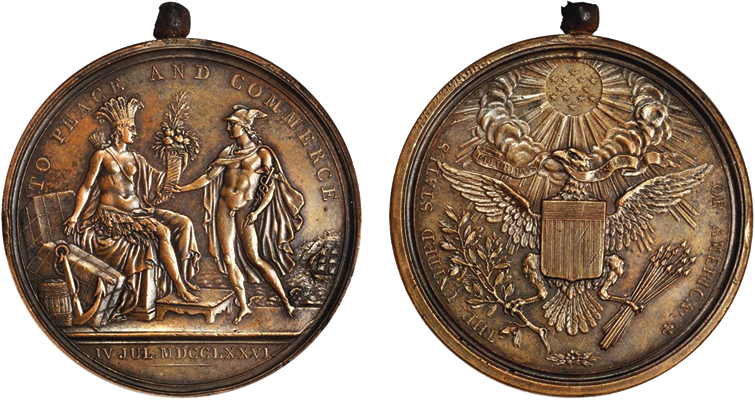 The finest known of the four surviving examples of the original United States Diplomatic medal struck in bronze in 1792 sold for $188,000 in Stack’s Bowers Galleries’ Oct. 1 auction.

Question: What rare medal is dated 1776, not listed in C. Wyllys Betts’ American Colonial History as Illustrated by Contemporary Medals, but is listed in R.W. Julian’s Medals of the United States Mint: The First Century 1792–1892, as being struck in Paris?

The answer: the United States Diplomatic Medal, struck in 1792.

Originally conceived by Thomas Jefferson and personally approved by George Washington, the Diplomatic Medal was intended to be struck in gold and used as the official gift of the United States to recognize foreign diplomats for their service. Such gifts were customary at the time: John Adams received a large gold medal from the Netherlands in 1788 to recognize his service as minister plenipotentiary, a medal that survives in the collections of the Massachusetts Historical Society.

When Jefferson returned from Paris in 1789 and was elevated to the position of secretary of state, he left his post in the hands of William Short, his longtime deputy. Soon thereafter, with gifts he had received from the French still fresh in his mind, Jefferson hatched his idea for a substantial gold medal, to be hung on a large gold chain whose length depended upon the diplomat’s term of service. The gold chain would be tantamount to a cash gift, but the medal could be retained as a keepsake.

Corresponding with Short in Paris, Jefferson asked that the medal be executed by Augustin Dupré, who had earlier gained fame among the Americans for his work on the Libertas Americana medal and several of the medals voted by Congress to recognize military success during the American Revolution.

Though records show two gold medals were struck, neither has survived. Both medals were given to French aristocrats who served as ambassadors to America, and scholars today assume they were destroyed during the French Revolution. The surviving paper trail also indicates that six bronze medals were struck. Four of those are known today: one in Princeton University, three more in private collections. The finest of them, and the only one to retain its original loop, was recently sold in an October 1 Stack’s Bowers Galleries auction for $188,000.

In 1876, Charles Barber engraved new Diplomatic Medal dies, enabling the U.S. Mint to sell “restrikes” from the new dies. The brothers Henry and S.H. Chapman, who owned an original Diplomatic Medal, condemned the new medal as a “counterfeit” at the time, but today even these copies are avidly sought by collectors who cherish the history of this great rarity. 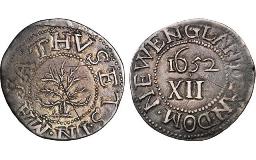 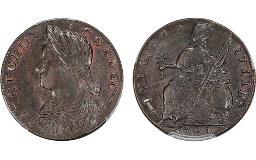 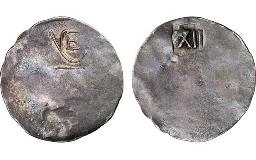