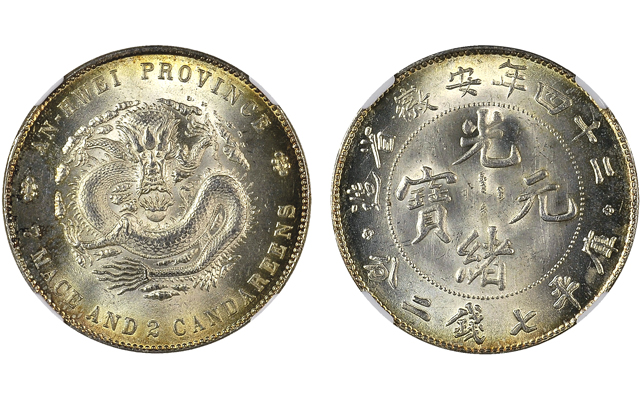 A mint was founded in Anhwei Province in the city of Anking in Year 23 (1897), and it issued coins only for two years before being shuttered.

Coinage of the Anhwei Mint “generally remains scarce to rare, suggesting rather small mintages,” according to the catalog.

The silver quality of Anhwei Province silver coins was “uneven,” especially compared to those coins produced by the Kwangtung Mint, according to Eduard Kann, in Illustrated Catalog of Chinese Coins (Gold, Silver, Nickel & Aluminum), which is one possible explanation for the short-lived minting experiment, according to the auction catalog.

For more information about the sale, visit the auction house’s website.