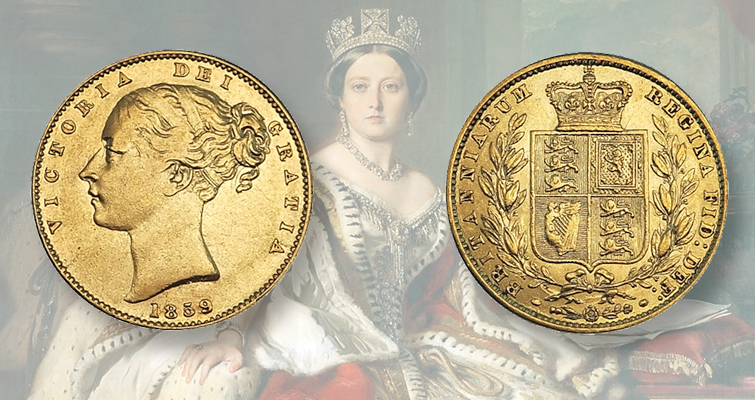 A rare gold sovereign highlights an April 29 auction in Michigan. The coin was experimentally made from gold that was originally thought to be unsuitable for striking coins, and can be identified by the extra line in the ribbon in Queen Victoria’s hair.

A batch of gold sent to the Royal Mint was thought unsuitable for coinage, so the mint planned to melt it.

Employee George Frederick Ansell (who worked at the Royal Mint at the time, in the rolling room) had another idea.

The gold in the questionable batch contained so much antimony, arsenic and lead that it was deemed, at first, to be unusable, too brittle for coinage.

According to Michael Marsh, in The Gold Sovereign, “Ansell asked to experiment with this gold, and although confronted by several obstacles, including the aversion to change, he was eventually given permission. His experiments brought a successful conclusion and as a result all of the gold was re-wrought at very little additional cost, and without annealing.”

The new sovereigns were so tough, Marsh wrote, “that an ordinary man could not break them even with the aid of a pair of pliers.”

To differentiate these newly struck coins made of the suspect metal, Ansell had an extra line added to Queen Victoria’s hair fillet so that his sovereigns might be identified and tested.

Duly tested, they were found to be fully fit for commerce, not at all brittle, and thus were released into commercial use. It is not known exactly when they were first called “brittle” by numismatists; possibly they were so called in jest by Ansell.

Ansell was awarded £100 for his efforts (an enormous sum in his day) and received a letter of appreciation from the master of the Royal Mint.

Very few examples of the Ansell rarity survive today; Marsh suggests between 11 and 20 known examples. The coins went unnoticed for many years, so by the time collectors recognized them, most had perished and many of the remaining pieces show considerable wear.

The firm describes the coin in the auction as About Very Fine/Extremely Fine with “some faint hairlines and light trivial marks.” 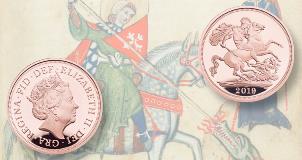 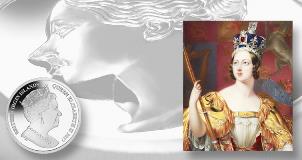