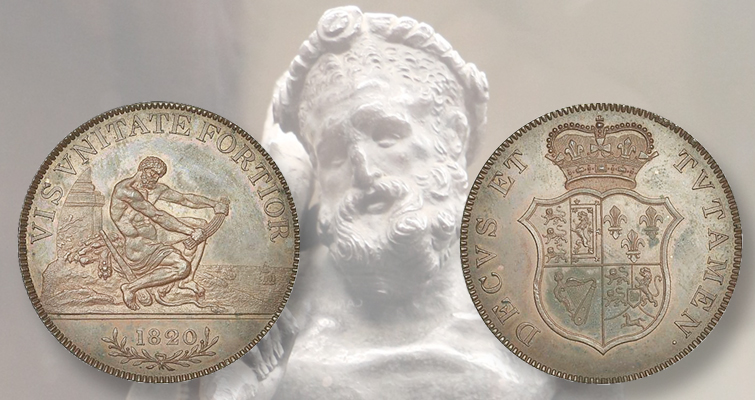 A copper pattern crown from 1820 for King George III of Britain features a design from France.

A British pattern coin featuring a French design is the perfect illustration of the intersection of minting technology and artistry occurring in Birmingham, England, in the late 1700s and early 1800s.

The pattern crown, in copper, is offered in Dix Noonan Webb’s Sept. 9 auction.

This pattern, presumably for new coinage after his death, was modeled by Jean-Pierre Droz, who borrowed a design used for a smaller French pattern created nearly 30 years earlier.

The design is credited to Augustin Dupré, he of the famous and beautiful Libertas Americana medal.

The pattern shows a seated Hercules, the Roman god, attempting to break a fasces across his left knee, with lion skin and club behind him by the base of a Doric column. The shoreline and sea are to the right, with three sailing vessels. The date with two laurel branches tied beneath is in the exergue.

The reverse shows crowned arms and a legend. The Latin legends translate to, on the obverse,  “Strength united is stronger” and on the reverse, “An ornament and a safeguard.”

The French design first appeared on patterns issued in 1791 and 1792 for France by the private firm Monneron Brothers (some references also use Monneron Freres, the French version of the name).

These were created at the dawn of the French Republic but were not circulated because a 1793 French law rescinded their legal tender status.

Droz is the connection between the French pieces and the British counterpart, as Matthew Boulton and James Watt’s Soho Mint in Birmingham hired him away from France in the 1790s.

The British pattern has a plain edge and weighs 26.72 grams. It has some verdigris on the reverse, but is “otherwise better than” Extremely Fine. 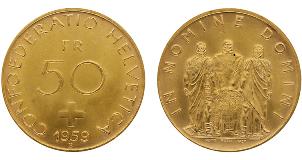 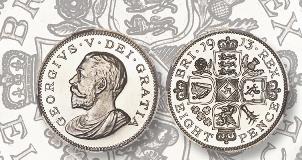 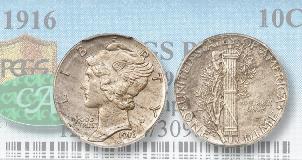