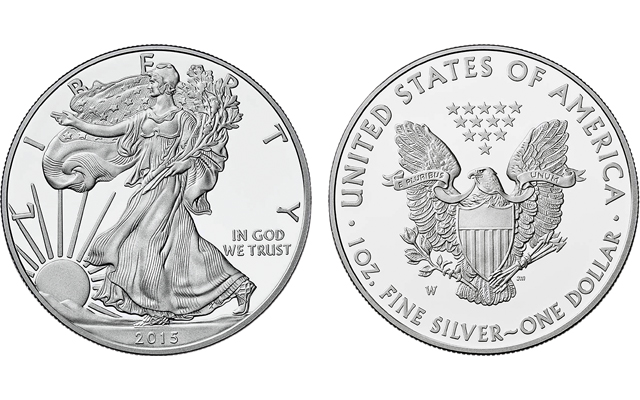 The Proof 2015-W American Eagle silver dollar is available from the U.S. Mint packaged as a single coin or as part of the 2015 Congratulations Set.

Sales by the United States Mint of Proof 2015-W American Eagle silver dollars have reached slightly more than half the total recorded for the 2014-W issue.