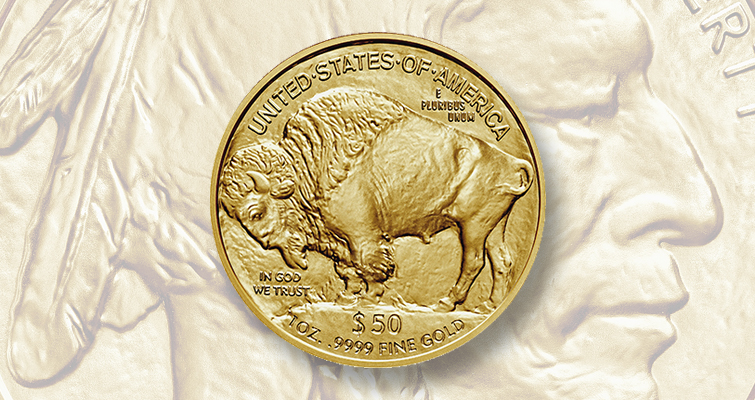 Production of the 2023 American Buffalo $50 gold bullion coin has already started at the West Point Mint.

Although no ordering date is yet publicly announced, the U.S. Mint’s complement of authorized purchasers, buyers approved to place large bullion orders, usually are able to do so during the first week of a new calendar year.

The coin’s obverse and reverse designs are drawn from American sculptor James Earle Fraser’s adopted designs for the 1913 Indian Head, Bison on Mound 5-cent coin. The obverse’s male Native American portrait is a composition created from several models used by Fraser. The reverse depicts a male plains bison standing on a mound.

Variations of the same designs were used for the 2001 American Buffalo silver dollars.

The American Buffalo gold coin series was introduced during the 2006 calendar year. The program was introduced under provisions of Public Law 109-145 enacted Dec. 22, 2005.

The American Buffalo 1-ounce gold coins are offered annually in bullion and numismatic versions. Three fractional versions — half-ounce, quarter-ounce, and tenth-ounce coins — were offered in 2008 in Proof and Uncirculated finishes. Fractional versions have not been offered since.

Proof 1-ounce versions have been issued annually since the program’s introduction in 2006.

An Uncirculated 1-ounce  version was issued in 2008; no other 1-ounce coins with that numismatic finish have been issued.

A Reverse Proof version of the 1-ounce coin was released in 2013.

The bullion version of the American Buffalo 1-ounce gold coin has also been struck annually since 2006.

The West Point Mint has struck all of the numismatic and bullion versions of the American Buffalo gold coin since the program’s debut.

The bureau has authorized nine purchasers in the United States for gold bullion coins and two in Europe.

The authorized purchasers purchase the bullion coins at prices based on the closing London Bullion Market Association spot price of the metal per troy ounce on a given day, plus a premium of 3%.

The authorized purchasers may then resell the bullion coins for a markup to other dealers, collectors and investors.

To order American Buffalo bullion coins, an authorized purchaser must place a minimum order of 1,000 coins each time they order. 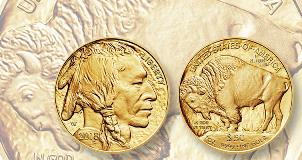 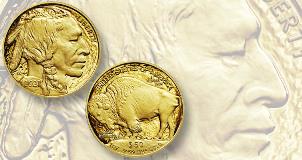 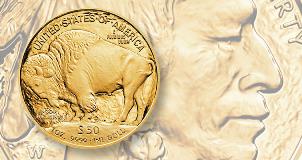