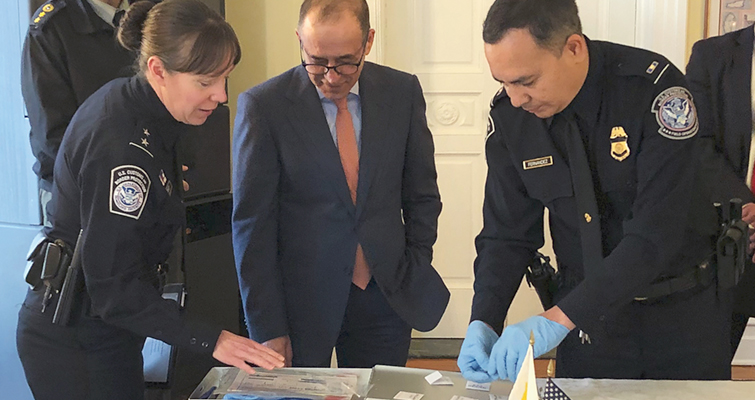 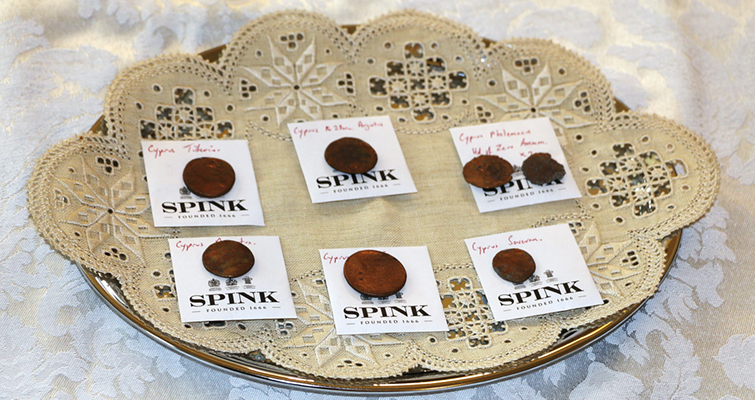 All seven of the Cypriot coins that were seized in 2009 have now been returned to Cyprus. Customs and Border Patrol initially detained the coins after they entered the United States in April 2009. 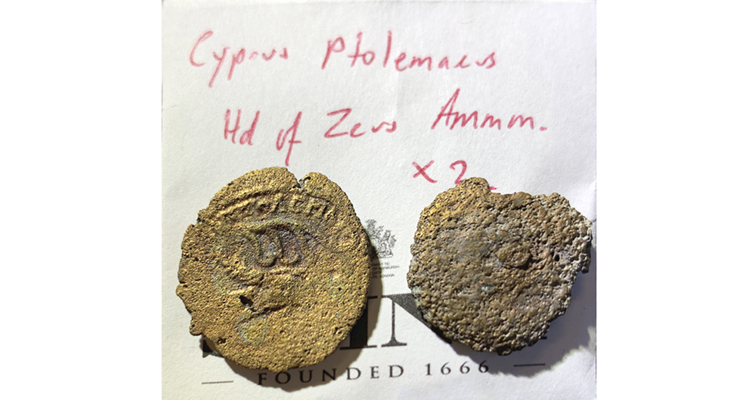 Two of the seven coins in the seizure are these extremely worn Ptolemaic bronze coins, which depict the head of Zeus. 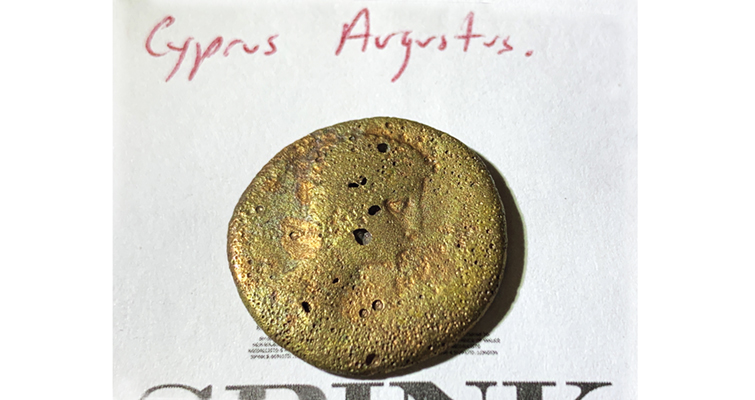 A common bronze of Augustus was among the seven coins in the seizure.

The coins were central to the Ancient Coin Collectors’ Guild’s effort to challenge import restrictions from Cyprus that went into effect July 16, 2007.

The coins dated from the Roman Empire, from several distinct periods during 81 B.C. through A.D. 217.

Baltimore CBP officers initially discovered the coins during an inspection of air cargo that arrived from London in April 2009. This specific parcel was destined to a coin collector in Missouri, according to the CBP.

That collector is Wayne Sayles, who was then executive director of the ACCG, and the organization was seeking to trigger a test case to challenge the import restrictions affecting coin types from Cyprus.

Peter Tompa, an attorney and current executive director of the ACCG, said in a statement to Coin World on Feb. 18 that the coins were exported legally from London, despite the application of import restrictions in 2007.

“The Cypriot coins in question were purchased from a reputable seller in the UK and exported from the UK consistent with EU law that is binding on Cyprus,” he said. “They were properly and fully declared at the border. They should have been allowed entry on that basis, but instead the U.S. Government detained and seized them and argued that the burden of proof to show that the coins were legitimately held was on the U.S. citizen, not the government. This is not the case of stolen cultural patrimony but government over-reach.”

CBP issued a letter to the consignee (Sayles) requesting any documentation received from the government of Cyprus authorizing the lawful importation of these cultural artifacts.

According to Customs and Border Protection, in May 2009, the consignee admitted to not possessing authority from the government of Cyprus to import the artifacts, and CBP officers seized the coins.

Additionally, the parcel contained Chinese coins determined to be from the Zhou, Han and Western Han dynasties, dating from 400 B.C. through A.D. 220.

CBP contracted an appraiser to determine the estimated ages of the artifacts.

The coin collector lost a protracted legal challenge to regain possession of the coins, and CBP’s Office of International Affairs coordinated with the government of Cyprus to repatriate the coins during the ceremony Feb. 14 at the Cyprus Embassy in Washington, D.C.

Casey Durst, Customs and Border Protection’s director of field operations in Baltimore, took pride in the capture and return of the coins.

“On behalf of U.S. Customs and Border Protection, I am honored to return these priceless national treasures to the government and citizens of Cyprus,” she said. “Customs and Border Protection will continue to use our border authority to identify and rescue precious antiquities being smuggled by those who profit on the theft of another country’s historical and cultural property, and return them to their rightful owners.”

A private appraisal in December 2009 after the seizure confirmed their fair market value at $200, noting that the coins are “bulk material readily available in the marketplace and generally traded in larger quantities between dealers.”

The seven Cypriot coins that were seized are:

The battle over cultural property

According to the CBP, “These bilateral agreements protect cultural property by restricting U.S. import of certain categories of archeological and ethnological material, thus reducing incentive for looting at heritage sites.”

The agency said in a statement that CBP recorded 23 seizures of cultural property during 2019 with a domestic value of nearly $1 million. CBP partners with Immigration and Customs Enforcement in the detection, interception, investigation and repatriation of cultural property.

Tompa believes the 2007 import restrictions were “a product of cronyism.”

After the import restrictions from Cyprus, additional restrictions were created for coins from China, Iraq, Italy, Syria and other nations.

The ACCG was created after the Cypriot restrictions went into effect, to push back against the threat of broader restrictions.

Though these Cypriot coins, described as “priceless” by the CDP, were returned to Cypress, the broader fight over cultural property import restrictions is not over, and neither is the final disposition of the rest of the test case coins.

According to Steve Sapp, public affairs officer for the mid-Atlantic region of U.S. Customs and Border Protection, there is “no word at this time” on any repatriation of the Chinese coins. 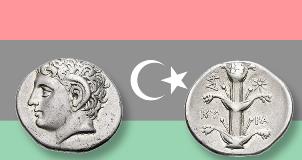 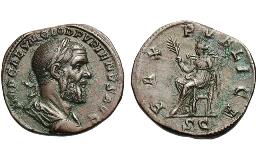