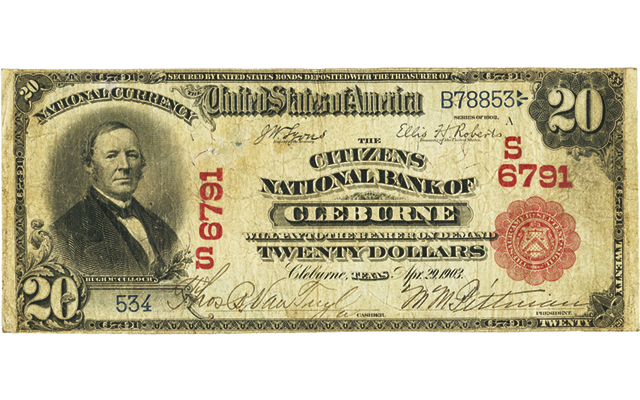 This previously unreported Series 1902 $20 red seal national bank note issued by the Citizens National Bank of Cleburne, Texas, will be offered during the Jan. 7 to 13, 2015, Currency Signature Auction by Heritage Auctions at the Florida United Numismatists show.

The auction will be held in the Orange County Convention Center in Orlando.

The note “displays lovely pen signatures of both bank officers,” according to Mike Moczalla, consignment director for Heritage Auctions.

For more information about the note and the other auction lots, visit Heritage’s website or email Moczalla.