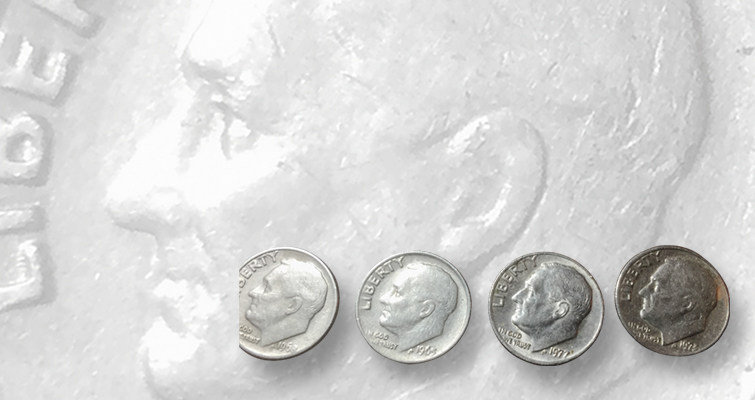 A Roosevelt dime lacking a Mint mark is generally a normal coin, not a die variety. Mint mark usage has differed over the years. 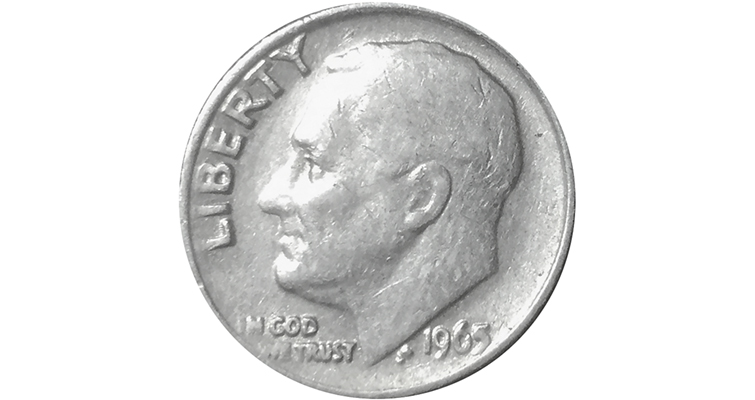 None of the Roosevelt dimes struck in 1965 to 1967, inclusive, bear a Mint mark, regardless of the U.S. Mint production facility that made them.

All these dimes have no Mint marks. I was wondering what they are worth. I did some research about the 1968 No S dime. I have a lot of dimes with no Mint marks.

Of those four dates, the first three were struck during a period in which hundreds of millions of circulation dimes were struck at the Philadelphia Mint without a Mint mark each year, with the only distinguishing characteristics between the common coins and the rare ones being the finishes used. All of the reader’s dimes, dated 1965, 1968, 1973, and 1977, are circulation strikes worth their face value of 10 cents each.

The 1965 dime was struck during a period in which no coins dated 1965, 1966 or 1967 had a Mint mark. The nation was in the midst of a coinage shortage and a shift in composition from silver to copper-nickel clad; Mint marks were left off to discourage collectors from hoarding the coins. The D and S Mint marks returned to use in 1968.

The lack of an S Mint mark for the Proof 1968, 1970, and 1975 dimes can be explained by the fact that the P Mint mark was not being used. (Coins struck at the Philadelphia Mint remained without a Mint mark until 1979 when the Anthony dollar was introduced; the P Mint mark was added to the remaining denominations, except the Lincoln cent, in 1980.)

The rare Proof die varieties were struck on dies created at and intended for circulation production use at the Philadelphia Mint, but which were sent to the San Francisco facility, where, bearing Proof surfaces, they were used for Proof strikes. The 1983 No S dime, even though it was produced after adoption of the P Mint mark, was struck on a die that had not been given a Mint mark of any kind (at the time, Mint marks were punched into individual working dies). 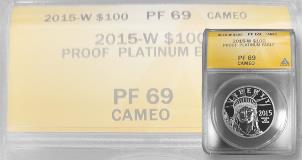