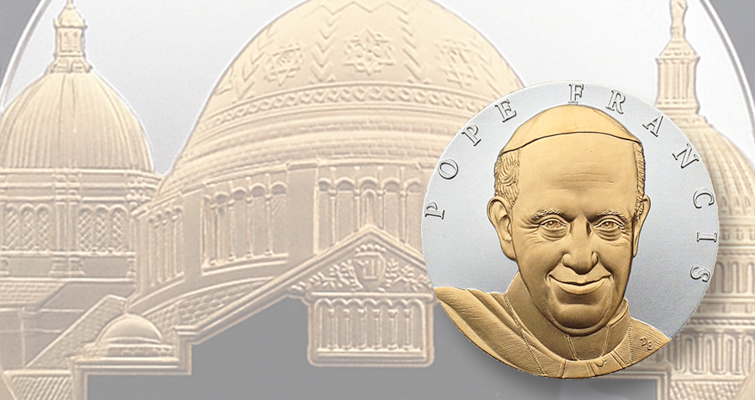 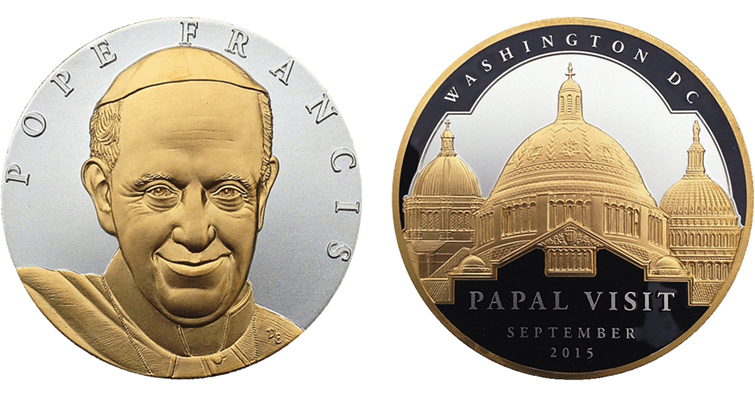 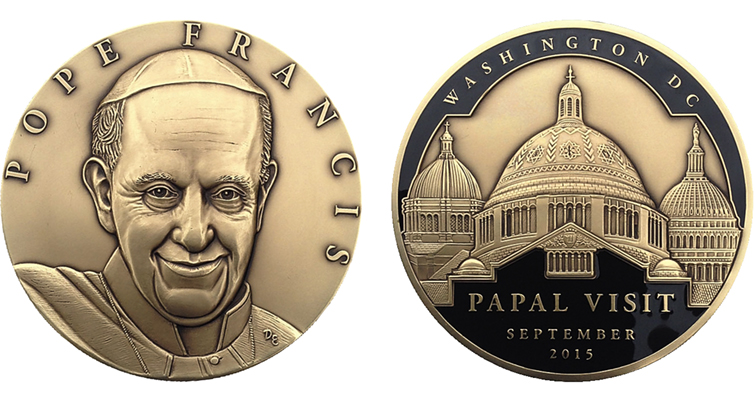 1. The Pope and his medals

As Pope Francis travels to the U.S. this week for the first time, the Pennsylvania Association of Numismatists' commemorative medals marking the historic visit are still available.

“The essence of the medal focuses on the Pope’s visit to Washington, D.C., Sept. 23, 2015," a PAN release published by Coin World on Sept. 14 reads. "[Designer] Don Everhart produced a beautiful image of Pope Francis that captures his warmth and charm on the obverse and a reverse that features three Washington, D.C., iconic domes, the Basilica of the National Shrine of the Immaculate Conception, the Cathedral of St. Matthew the Apostle, and the dome of the U.S. Capitol building.”

The medals, which were produced by the Northwest Territorial Mint, feature bronze and silver, some with gold and/or black enamel embellishments.

Prices for the medals vary. The 3-inch silver medal with black enamel and 24-karat gold embellishment boasts the highest price tag at $450.

The 1.75-inch bronze medal is $30. In total, four medal versions are available.

“Exactly why so many coin collectors have an interest in astronomy is unclear, but it could have something to do with the fact that many people started collecting coins when they were children. Children are often fascinated by space travel, the solar system, and the planets, especially if they were young when the Apollo 11 landed on the moon in 1969, or at the time of John Glenn’s space orbit in 1962.”

3. Paper money auction season is on

“Where has all the paper gone? At least a half a dozen sales with United States paper money are scheduled from September to Thanksgiving, so for a lot of it, the answer is, the auction block. The season started Sept. 16 to 22, when Heritage Auctions conducted its several-thousand-lot Currency Signature sale in Long Beach, Calif.”

Kitco.com listed the following prices per ounce as of 12:12 p.m. ET Monday: