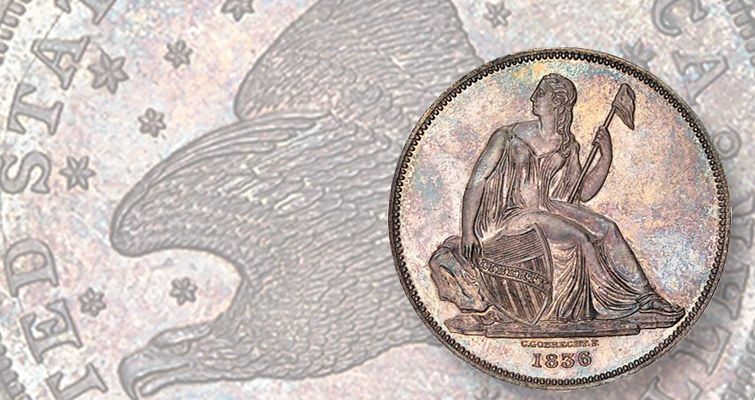 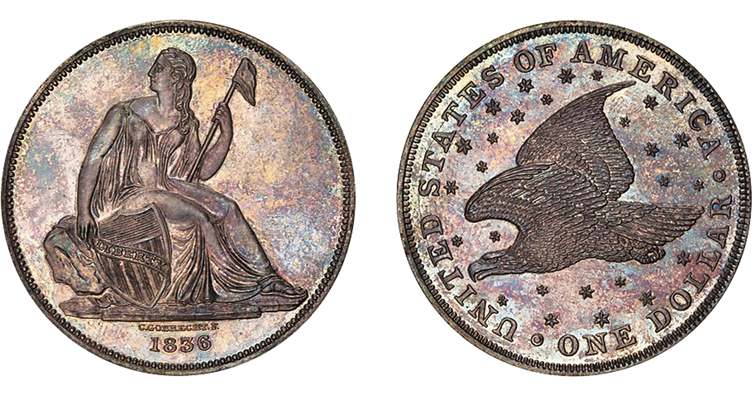 The most expensive of the four Gobrecht dollars offered in Pogue IV was this 1836 dollar graded Proof 65+ by PCGS that brought $129,250. The coin is listed as Judd 58, and Gobrecht’s name is prominently seen below the base of his Seated Liberty design. The piece shows a coin turn alignment and a reeded edge.

The description adds, “Though the obverse [die] still appears fresh and new, the reverse [die] is cracked and nearing the end of its useful existence. A long crack connects the tops of NITED STATES O, while a more delicate crack joins the bases of OLLA in DOLLAR. A very light crack crosses the denticles above OF AME, and a short spur of a crack extends from the wing pointing at O of OF.”

Modern research shows that the dies were likely created in 1858, using the central device punch from Judd 60, called the Name on Base type, from which Gobrecht’s name had been effaced before it was used later for restrikes.