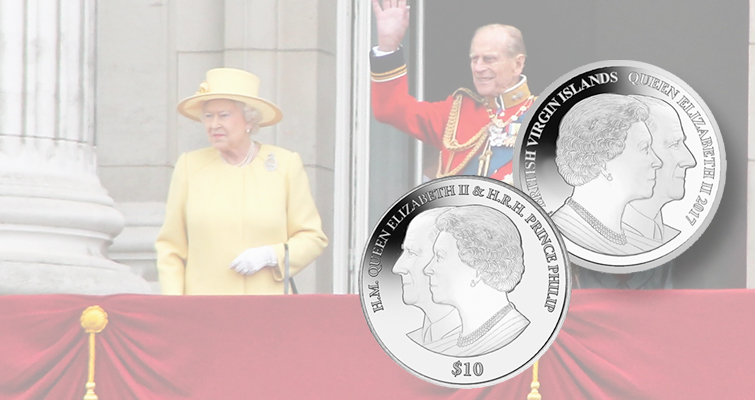 The Pobjoy Mint is celebrating the platinum wedding anniversary of Queen Elizabeth II and Prince Philip with an ultra high relief 2-ounce silver $10 coin for the British Virgin Islands.

The coin, which celebrates the platinum wedding anniversary of Queen Elizabeth II and Prince Philip, features dual portraits of the royal couple on both sides of the coin.

The obverse shows the couple facing to the right with the queen’s portrait overlapping that of her husband. This side has a standard level of relief.

The reverse depicts the couple facing to the left with the queen once again appearing the most prominently. This side has also been given a dished effect to emphasize the double portrait further.

Queen Elizabeth II and Prince Philip have had an astonishing life together and have dedicated their lives to the duty of monarchy.

The couple became formally engaged in 1947, following Elizabeth’s 21st birthday in 1947. The royal pair married later in the same year and in November this year celebrated their platinum wedding anniversary. 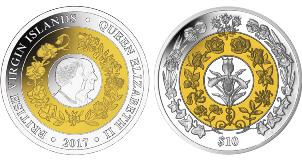 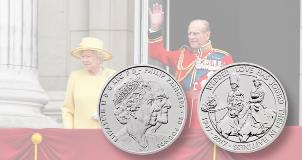