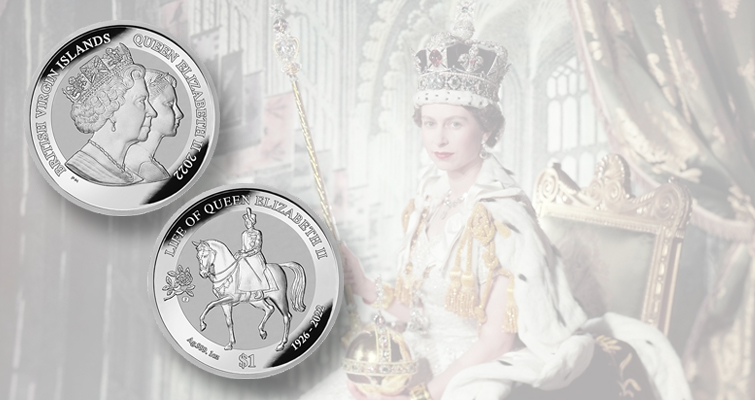 The Pobjoy Mint has issued a 1-ounce silver bullion coin for the British Virgin Islands celebrating the life of the late Queen Elizabeth II.

To celebrate the life of the late Queen Elizabeth II, the Pobjoy Mint has released a 2022 silver bullion coin featuring the queen.

The coin, issued on behalf of the British Virgin Islands government and produced with a Reverse Frosted finish, shows the queen on horseback on the reverse.

Queen Elizabeth II was Queen of the United Kingdom and other Commonwealth realms from Feb. 6, 1952, until her Sept. 8 death. She was queen regnant of 32 sovereign states during her lifetime and 15 at the time of her death.

Queen Elizabeth II’s death, at the age of 96, shocked Britain and the world. Prince Charles succeeded her on the throne as King Charles III.

Approved by Buckingham Palace, the obverse of this coin carries a double effigy of Queen Elizabeth II produced exclusively by Pobjoy Mint, which also features a frosted background.

Bullion coins are popular for their intrinsic metal value “and with this design featuring a new enhanced reverse cameo finish, it is an even more attractive purchase,” according to the Pobjoy Mint.

Unlike many other bullion coins, this coin is available directly from the mint of issue. 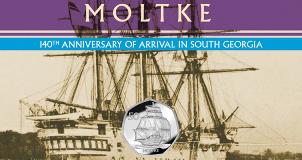 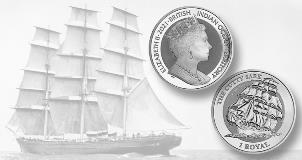 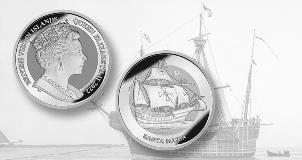