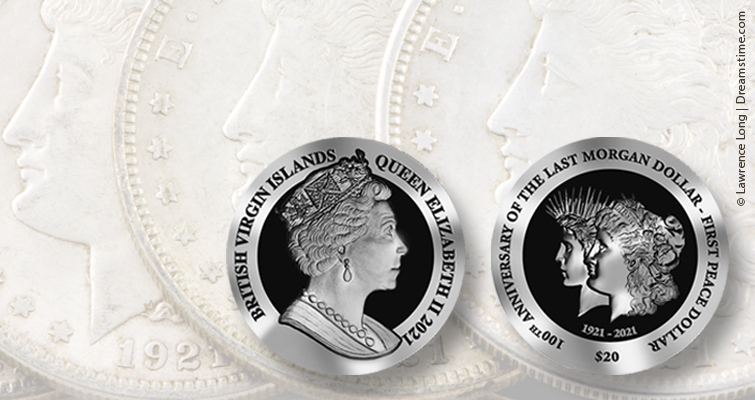 The Pobjoy Mint continues honoring the Peace and Morgan dollar coins with modern commemoratives, now with a 2-ounce silver $20 coin with a Pearl Black finish.

The Pobjoy Mint’s celebration of the transition from the Morgan to Peace dollar in the United States continues in 2022 with another 2021 coin, a Proof 2-ounce silver $20 coin.

This coin follows the release of multiple coins from the Pobjoy Mint in 2021, the centennial of the transition. The latest coin was announced Jan. 12 to “commemorate this significant evolution of American Freedom.”

The United States coin was named after its designer, U.S. Mint Chief Engraver George T. Morgan, and the profile portrait on its obverse represents Liberty.

The U.S. Mint’s Peace dollar, minted from 1921 to 1928 and then again in 1934 and 1935, was designed by Anthony de Francisci, in a competition to find designs representing the peace that followed the end of the Great War. Its obverse too shows the head of a woman in profile, representing Liberty.

Pobjoy’s 2021 2-ounce .999 fine silver $20 coin is produced with a “Pearl Black” finish in the center with a silver rim. In the center two profile images reproduce the Peace dollar and Morgan dollar’s portrayals of Liberty. The dates 1921 – 2021 are shown beneath the two busts.

The Pearl Black finish is created by a special technique adopted by Pobjoy Mint, the firm said.

Approved by Buckingham Palace, this coin, issued in the name of the British Virgin Islands, carries the effigy of Queen Elizabeth II produced exclusively by Pobjoy Mint.

The new coin weighs 62.21 grams and measures 50 millimeters in diameter. 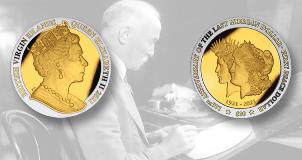 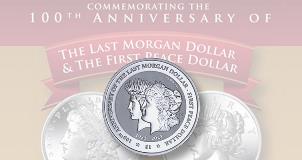 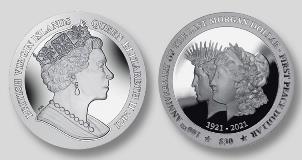