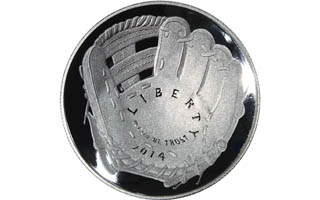 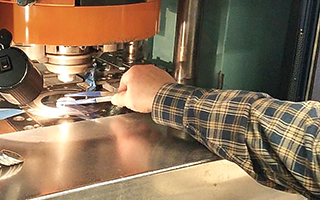 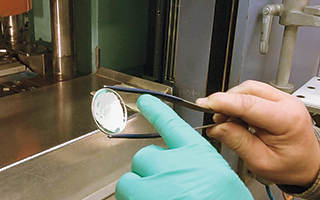 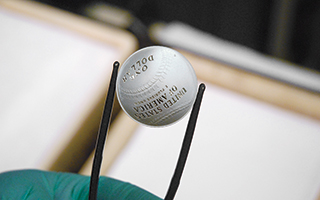 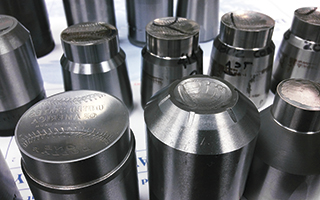 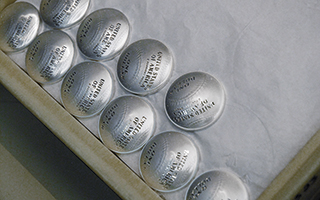 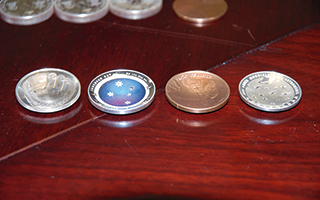 Collectors will have their first opportunity to place orders with the U.S. Mint for the Proof and Uncirculated 2014 National Baseball Hall of Fame gold $5 half eagles, silver dollars and copper-nickel clad half dollars at noon Eastern Time March 27.

The United States Mint is producing the coins on standard .900 fine gold, .900 fine silver and copper-nickel clad planchets; the Mint is not using pre-formed blanks.

Tom Jurkowsky, director of the U.S. Mint’s Office of Corporate Communications, said Feb. 27 that production had not yet begun at the West Point Mint for the Proof and Uncirculated 2014-W National Baseball Hall of Fame gold half eagles.

Jurkowsky said production of the gold coins will begin as soon as approval is given for the plastic coin capsules that will be used in commemorative coin packaging.

Review of the capsules for approval was scheduled to take place Feb. 28, Jurkowsky said.

Planchets for the Proof and Uncirculated gold $5 coins and silver dollars will be hand-fed into the coinage press. An automated feeding approach is employed to position the half dollar planchets between the obverse and reverse dies.

As of Feb. 28, the U.S. Mint had not yet released pricing information for any of the product options for the National Baseball Hall of Fame program.

U.S. Mint officials previously disclosed plans for issuing a Young Collectors set for the Hall of Fame coin program, but have not announced the possibility of any additional special product options.

The coins’ common obverse was created by San Luis Obispo artist Cassie McFarland, whose design featuring a cherished childhood baseball glove was selected from among 178 designs submitted by contestants in a public design competition.

Everhart designed and sculptured the common reverse, which depicts a stitched baseball similar to those use by Major League Baseball.

Development of the necessary tooling from which the Hall of Fame coins are being produced presented the nation’s coinage manufacturer with its biggest challenge ever, according to Steve Antonucci, manager of the Digital Process and Development operations located at the Philadelphia Mint.

The end results of the department’s efforts are borne out with the quality of the Proof silver dollars that Coin World had the opportunity to witness being produced.

Looking at the coin, one can imagine making a basket catch in the pocket of the textured baseball glove depicted on the concave obverse. Every seam and crevice is captured in detail in Everhart’s sculpture of McFarland’s design.

The texture of the leather glove is executed with special lasering techniques. The fields and inscriptions LIBERTY, IN GOD WE TRUST and the date glisten with the special Proof polishing efforts.

Everhart’s baseball design jumps off the convex reverse. Each stitch on the baseball is discernible.

And the Proof polishing was also used on the reverse inscriptions UNITED STATES OF AMERICA, E PLURIBUS UNUM and the denomination, ONE DOLLAR.

For each Proof coin Coin World watched being struck Feb. 25, a coinage press operator — with gloved hands, using a pair of special coin tongs — picked up a single planchet from among a row of planchets waiting on a flat steel surface within the coinage press.

The planchet was then placed into the coining chamber, atop the anvil die.

The press operator presses the two press buttons, one of which lowers the protective safety shield and the other of which causes the coinage dies to strike the coin.

The upper, or hammer die, is the Glove obverse on the silver dollars, with the Baseball reverse die being the bottom, or anvil die.

According to Antonucci, for the gold half eagles struck at the West Point Mint, the Glove obverse is the hammer die and the Baseball reverse the anvil die, the same as for the silver coins.

The striking tonnage will be approximately 82 metric tons per strike. Each Proof and Uncirculated gold coin will receive three strikes from the coinage dies.

Antonucci said the striking pressure for the gold coins was approximate since tonnage was being fine tuned.

The die orientation for the Proof and Uncirculated half dollars is opposite that for the gold and silver coins.

For the National Baseball Hall of Fame half dollars, the Baseball reverse is the hammer die and the Glove obverse is the anvil die.

Each Proof half dollar is produced with two strikes of the coinage dies at 120 metric tons per strike.

Each Uncirculated half dollar is struck twice at 165 metric tons per strike.

All of the commemorative coins have reeded edges, imparted from the edge collar dies.