Pioneer gold from the 'Land of Fire' 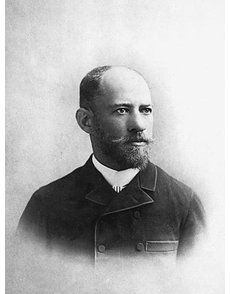 A Romanian Jew, Popper traveled around the globe until he landed at the “bottom of the world,” as Patagonia is sometimes called, during a gold rush in the 1880s.Image courtesy of Wikipedia. 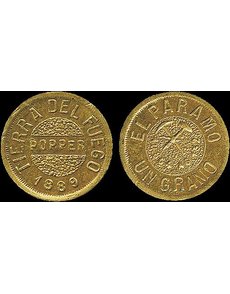 An About Extremely Fine 1-gram gold coin struck in gold mined in Tierra del Fuego and issued by the explorer Julius Popper realized $1,140.75 in a Jan. 8 auction. 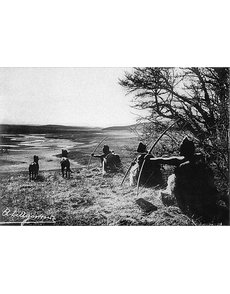 Popper’s riches were hard-fought and did not come without bloodshed — many members of the native Selknam (Ona) population died at the hands of Popper and his army.Image courtesy of Wikipedia.
Previous
Next

For centuries, man has gone to great lengths to get gold.

Romanian-born explorer and mining engineer Julius Popper went to the bottom of the world, Tierra del Fuego, in Patagonia, where he found nature’s prize and ultimately issued a pair of gold coin denominations glorifying his conquest over the land and the people that inhabited it.

The privately issued pieces from the Argentine gold rush are, in a way, South American versions of pioneer gold.

Popper was among a parade of fortune-seekers to flock to Tierra del Fuego (the “Land of Fire”) after placer gold was discovered in the region in 1879 and its discovery became widely known in 1884.

Popper was born in 1857 in Bucharest, the son of a Hebrew teacher and antiques dealer. After stops in Paris, Asia, the United States, Mexico and Cuba, where he became educated and worked on engineering projects, the adventurous Popper arrived in Argentina in 1885. The polyglot Popper brought experience in civil, mechanical and mining engineering, cartography, navigation, military leadership, and administration.

On Sept. 7, 1886, he launched the “Popper Expedition” with 18 members. The group later found gold dust on El Páramo beach in the Patagonian peninsula, an area split between Argentina and Chile.

Soon his Compania del Lavaderos de Oro del Sud (or “Gold Washing Company of the South”) had found a great deal of gold, and Popper used his successes to build a fiefdom, defended by a small army.

He ruled capriciously. He participated in the Selknam Genocide, which reduced the population of native Ona peoples drastically.

As part of his empire, Popper printed stamps for his postal service and, in 1889, issued private gold coinage in two denominations.

Struck for Popper by the Buenos Aires Mint, each coin has its separate type though they are similar.

The 5-gram piece has on the obverse the name POPPER on a band over crossed hammer and pick in a field of pellets probably intended to represent gold nuggets, all within a circle. The inscription around the circle is TIERRA DEL FUEGO, and the date, 1889, appears at the bottom.

The reverse has the word GRAMOS on a band across a similar field and circle, and a large 5. The inscription surrounding is LAVADEROS DE ORO DEL SUD, the company name.

The obverse of the 1-gram piece is otherwise the same as the 5-gram piece but lacks the hammer and pick, which instead appear on its reverse with the inscription EL PARAMO UN GRAMO.

The 1-gram piece in the New York Sale was labeled as About Extremely Fine with “a few minor edge nicks.”

It, like the other rare issues, remains a reminder of the short-lived reign of Popper, who died mysteriously in Buenos Aires in 1893 at the age of 45. ¦

Explorer Popper traveled to the bottom of the world during an 1880s gold rush and issued private coinage like this 1-gram piece.