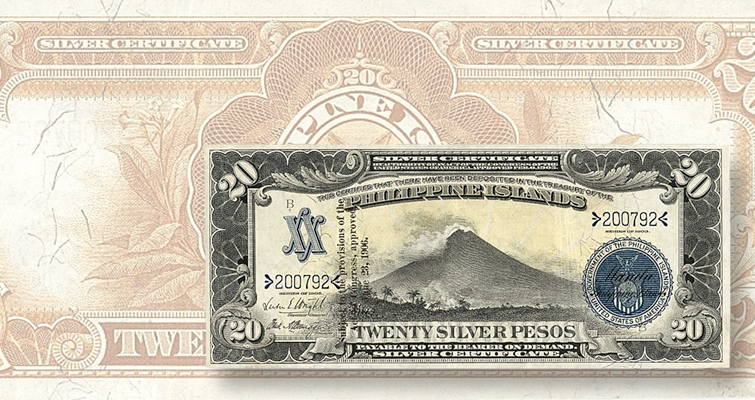 Philippines notes were among the top lots in Lyn Knight Currency Auctions' sale at the 40th International Paper Money Show in Memphis, Tenn. 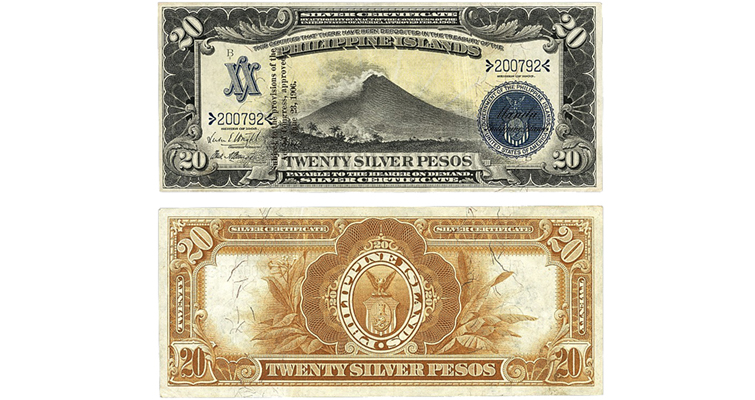 At $23,500 in the Lyn Knight Currency auction was a rarity graded by Paper Money Guaranty as Extremely Fine 40 Exceptional Paper Quality — the first Philippines 20-peso note issued under American governance. 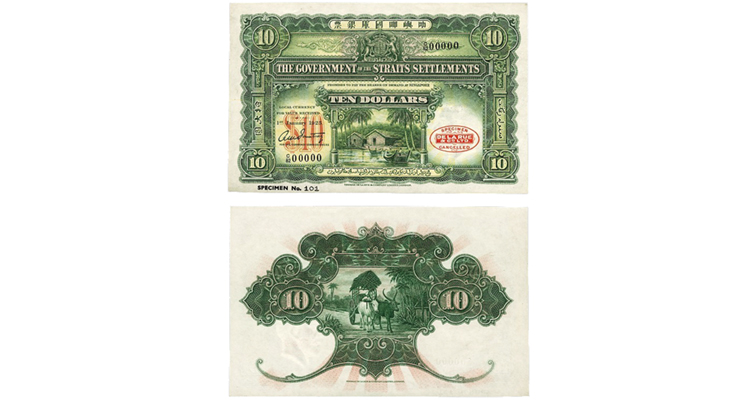 A Government of the Straits Settlements $10 specimen note dated Jan. 1, 1925, with red overprints and zeroes for a serial number was hammered down at $19,975.

Reminiscing on the 40-year history of the International Paper Money Show in Memphis, Tenn., world paper money pioneer and icon Neil Shafer had a startling recollection about a conversation he had at the first Memphis show. The late world coin and currency dealer Bill Christensen told him there, Shafer said, that “it was doubtful that a world currency note would ever be worth $1,000 to a collector.”

Times have changed beyond recognition. The world section of the Lyn Knight Currency auction in Memphis would have left Christensen shaking his head while 466 individual notes out of the sale’s 958 lots sold for over that figure (including 17.5 percent buyer’s fee). We can only imagine Christensen’s reaction upon seeing that two dozen of the lots went for more than $10,000, and that four of them, all from the Philippines, more than doubled that price.

Two notes from the Spanish Philippine regime dated April 26, 1877, realized $21,150 and $20,562.50. The first, a light blue uniface 25-peso Billete del Tesoro or Treasury bill in PCGS Currency EF-45 is thought to be the highest denomination of the series. Its companion light-brown 10-peso Treasury bill is a discovery note unknown to all experts, including Shafer, until now. PCGS Currency graded it Very Fine 35 “Apparent edge tears and minor damage.”

A PMG Choice Uncirculated 64 green and yellow Government of the Straits Settlements $10 specimen note dated Jan. 1, 1925, with red overprints and zeroes for a serial number was hammered at $19,975.

Also part of a strong showing by high-end British Commonwealth issues were a pair of Bahamas notes. The 1968 Bahamas Monetary Authority $100 issue is the highest denomination in the Queen Elizabeth II series and realized $17,625 in PCGS Currency VF-35. The $15,275 attained by a seldom-offered Central Bank of the Bahamas $50 note from 1974 in Gem Uncirculated 66 was about triple its estimate of $3,000 to $6,000.

Joel Shafer, the firm’s world paper currency specialist, was pleased with the results and the sale’s good balance between floor and Internet bidding. 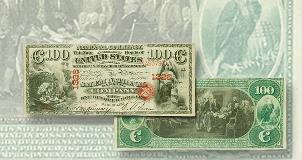 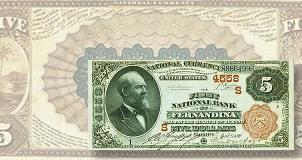 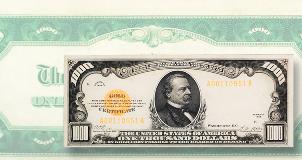