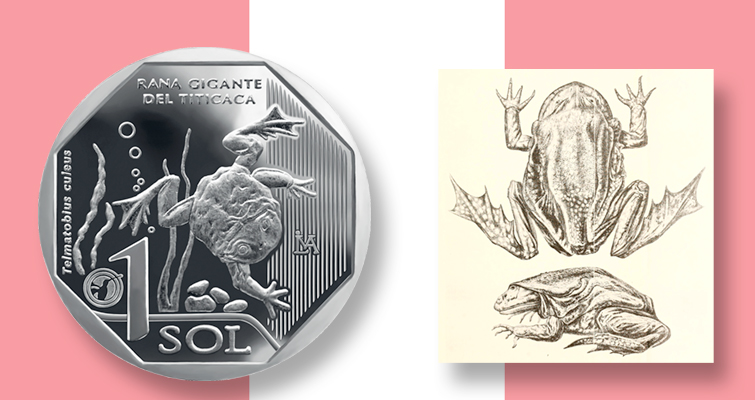 The 10th, and final, circulating commemorative coin from Peru’s Endangered Wildlife series has been released, this coin showing the Titicaca water frog.

Coin image courtesy of the Central Reserve Bank of Peru.

Peru has issued the 10th and final circulating commemorative 1-nuevo-sol coin in the Endangered Wildlife series.

The very large and critically endangered species of frog is only found in Lake Titicaca and rivers that flow into this lake in the Andean highlands of South America. Lake Titicaca straddles the border between Peru and Bolivia.

The frog appears on the reverse of the new coin (which has a face value equivalent to about 30 cents U.S.).

Next to the denomination on the reverse is a tiny hummingbird symbol that appears on all coins in the series.

The reverse also includes a geometric design and the scientific name of the frog.

The obverse of the coin carries the common design for the 1-nuevo-sol, with the Peruvian coat of arms surrounded by a legend translating to “Central Reserve Bank of Peru.”

In addition, the year date of issue also appears, with geometric imagery filling the scene.

The coin weighs 7.32 grams and measures 25.5 millimeters in diameter.

It has a mintage limit of 10 million pieces and entered circulation Oct. 30.

Dealer Joel Anderson in California has offered earlier coins from the series and will have complete sets sometime in late December. To inquire about his pricing, visit his website. 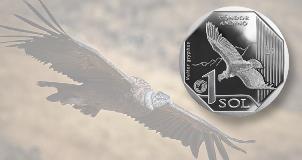 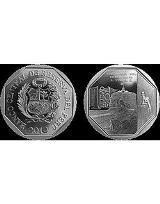 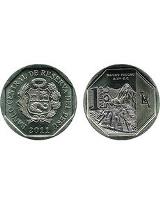