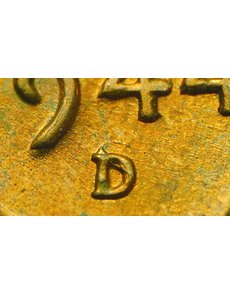 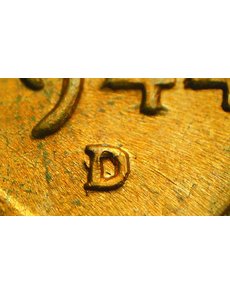 Variety 2 of the 1944-D/S Lincoln cents with a D punched over an S shows the center part of the S Mint mark running through the lower left part of the D Mint mark. 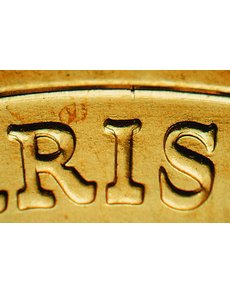 Here we see the massive extra thickness on the RIS of HARRISON found on a 2012-P Benjamin Harrison Presidential dollar submitted by Charles Bodin. 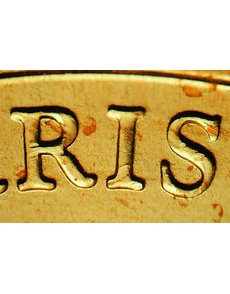 This is the RIS of HARRISON on a normal 2012-P Benjamin Harrison Presidential dollar. Compare it to what is seen in the previous photo.

Seasoned die variety collectors are quite familiar with the fine art of “cherrypicking” — politely searching through a dealer’s inventory in the hope of finding die varieties such as doubled dies, repunched Mint marks, repunched dates and more, and purchasing them for the price of a normal coin.

Most dealers don’t mind having die variety enthusiasts searching their inventory as long as you are not blocking other would-be buyers, especially at coin shows, from searching for what they need.

Usually your finds will be somewhat minor in nature, but every now and then it is possible to stumble onto a really big one.

At a coin show to search for Lincoln cent repunched Mint marks, William Slaughter found examples of the two known 1944-D/S cent over Mint mark varieties that show a D mint mark punched over an S. The first variety, WOMM-001 in my files, shows the upper portion of the S above the D. The second variety, WOMM-002, is not quite as prominent, showing the center of the S running through the lower left side of the D.

Making it even sweeter, Mr. Slaughter found two examples of each variety all in Brilliant Uncirculated condition.

Both varieties are illustrated in The Cherrypickers Guide to Rare Die Varieties and, depending on their actual grade, they could be worth anywhere from $500 (Mint State 63) to $2,000 (MS-65). Mr. Slaughter was able to purchase all four coins for a grand total of $4.

On a different front, Charles Bodin submitted a 2012-P Benjamin Harrison Presidential dollar with a nice obverse doubled die. Unusually strong extra thickness shows on all design elements around the rim, but it is definitely strongest on the upper right side of the obverse. Extra thickness also shows on many bust details.

It turns out that this is the first reported obverse doubled die for the Presidential dollar series. I have it listed as 2012-P $1 BH WDDO-001 while the Combined Organizations of Numismatic Error Collectors of America lists it as 1-O-VI.