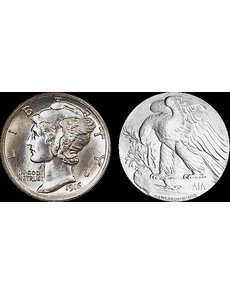 While a U.S. Mint-commissioned feasibility study suggests a palladium American Eagle bullion coin program for investors would likely be unprofitable, the report states that Proof and Uncirculated coins offered to collectors might draw limited interest, yet still be profitable.

The strongest demand for an American Eagle palladium coin would be during the first year of the program, the findings state.

CPM Group bases that assessment on the newness of the program and speculation, which could draw interest from collectors and investors alike.

While demand would also likely be limited for Proof and Uncirculated collector versions, a numismatic coin program could still turn a profit, according to the findings.

“Pursuing such a program alone, rather than in conjunction with a bullion program, may not be in line with the U.S. Mint’s usual approach to precious metals coin programs,” according to the findings. “Pursuing a numismatic program without a bullion coin program additionally may not be in the purview of Public Law 111-303, which directs the U.S. Mint to focus on ‘the production of palladium bullion coins to provide affordable opportunities for investments in precious metals, and for other purposes.’ ”

CPM Group researchers conclude that the primary obstacle to the success of a palladium bullion coin is associated with financing the cost of working inventories of the metal. The metal inventory could be financed through leasing the metal or direct purchase.

Direct purchase would require such inventories to be hedged against adverse movements in the price of the metal to prevent losses, according to CPM Group.

Currently, the United States has only one primary palladium producer — Stillwater Mining Co. in Montana.

The Mint submitted the 136-page report to Congress March 1.

The law also required commissioning a market study to determine whether adequate demand exists for a palladium bullion coin produced by the U.S. Mint to guarantee the production and issuance of such coins would be at no net cost to taxpayers. While the law specifically mandates that a palladium bullion coin be minted and issued, the law does not include a contingency should the report determine demand is insufficient to financially justify their production.

Both the original coin and medal designs are the work of American sculptor Adolph A. Weinman.

CPM Group conducted its target market research in 2012 between April 4 and July 3, completing compilation of the report on Aug. 23 before sending it to the Mint. Mint officials had CPM Group conduct additional research to clarify some of the report’s findings before it was subsequently forwarded to Treasury officials for their review. The report was then submitted to Congress after the Treasury review

Public Law 111-303 grants the Treasury secretary authority to issue both Proof and Uncirculated versions of the palladium coins for collector sales in addition to the bullion coins.

The Proof and Uncirculated coins would both be considered numismatic products to be directly sold to the public.

The bullion coins would be sold through a network of authorized distributors. ¦