One of world's oldest coins sells in German auction June 5 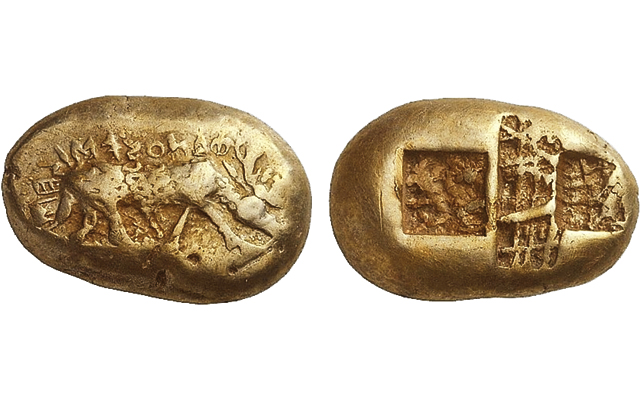 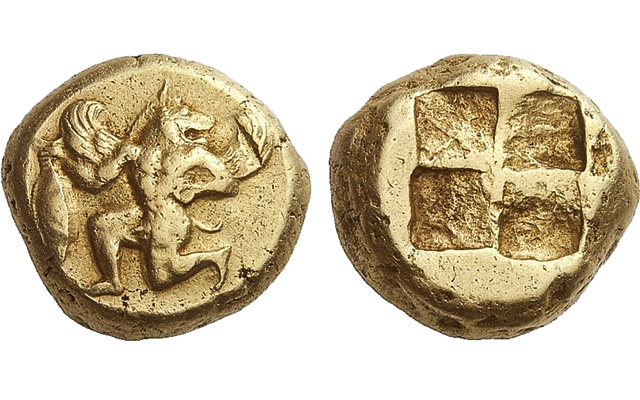 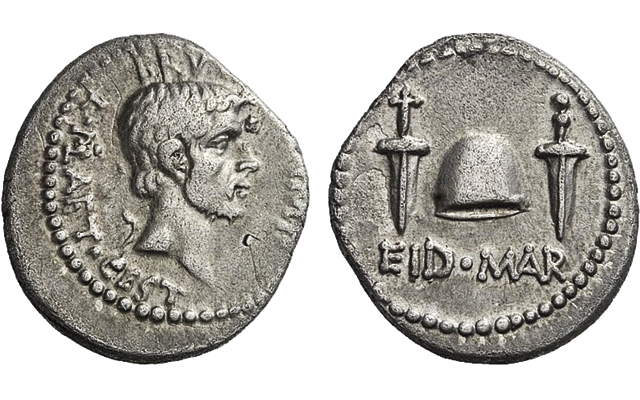 One of four known examples of one of the world’s oldest coins, a stater of Phanes, led all bidding during Numismatik Lanz’s June 5 auction.

The Extremely Fine coin comes from western Asia Minor (modern Turkey), and is one of the earliest coins with a legend.

The stater is among a series of coinage of Phanes, an enigmatic coin issuer who added his signature to his coins in the last quarter of the seventh century B.C.

The Phanes coinage, as presently known, consists of seven denominations, from stater down to 1/96 stater, with some denominations occurring in different varieties, according to Classical Numismatic Group.

Only the two largest denominations bear the name of Phanes.

Four examples of the largest denomination are known, and all carry a legend (Phanos emi Seima) that translates to “I am the badge of Phanes.” Trites, equal to one-third of a stater, carry a name translating to “Of Phanes.”

Though smaller coins lack the inscription, the series is linked by a deer in their design, a common weight standard, and the use of the same reverse punch across several denominations, according to CNG.

The stag in the design led some researchers to believe it was issued in Ephesus, Ionia, since a cult of Artemis existed in Ephesus, and the deer was sacred there. The auction house says that interpretation has been refuted, however, so the coins’ origins remain murky.

The stater touches upon one of the earliest mysteries of coins — was Phanes a privateer, a banker, a tyrant or even a divine phenomenon?

The deer could have represented a sort of coat of arms of the issuer, according to Lanz, and thus users would see it and recognize it had value based on the reputation of its issuer.

Apart from the more frequently encountered 1/24 stater, all the denominations are very rare, each known by only a handful of examples, according to CNG.

The stater and a companion trite offered in the Lanz auction were once in the Jonathan Rosen Collection. One example is in the British Museum and the Deutschebank owns another. Gorny & Mosch sold one in 2010 for €345,000 ($469,907 U.S.), including the 15 percent buyer’s fee then in use.

The trite coin harbors the same mystery, but it was available for less than one-third of the stater’s cost.

In that auction, CNG provided a census suggesting that it is the 10th known trite of Phanes.

One other lot of note sold in the Lanz auction.

The coin type was struck at a mobile mint in Asia Minor or Greece traveling with military forces engaged in the struggle for control of the Roman Republic.

The coin famously bears a portrait of Julius Caesar’s assassin on the obverse and the liberty cap between two daggers on the reverse, with the EID MAR inscription referencing the Ides of March date upon which Caesar was assassinated.

In About EF condition, the example in the Lanz sale had an estimate of €40,000.