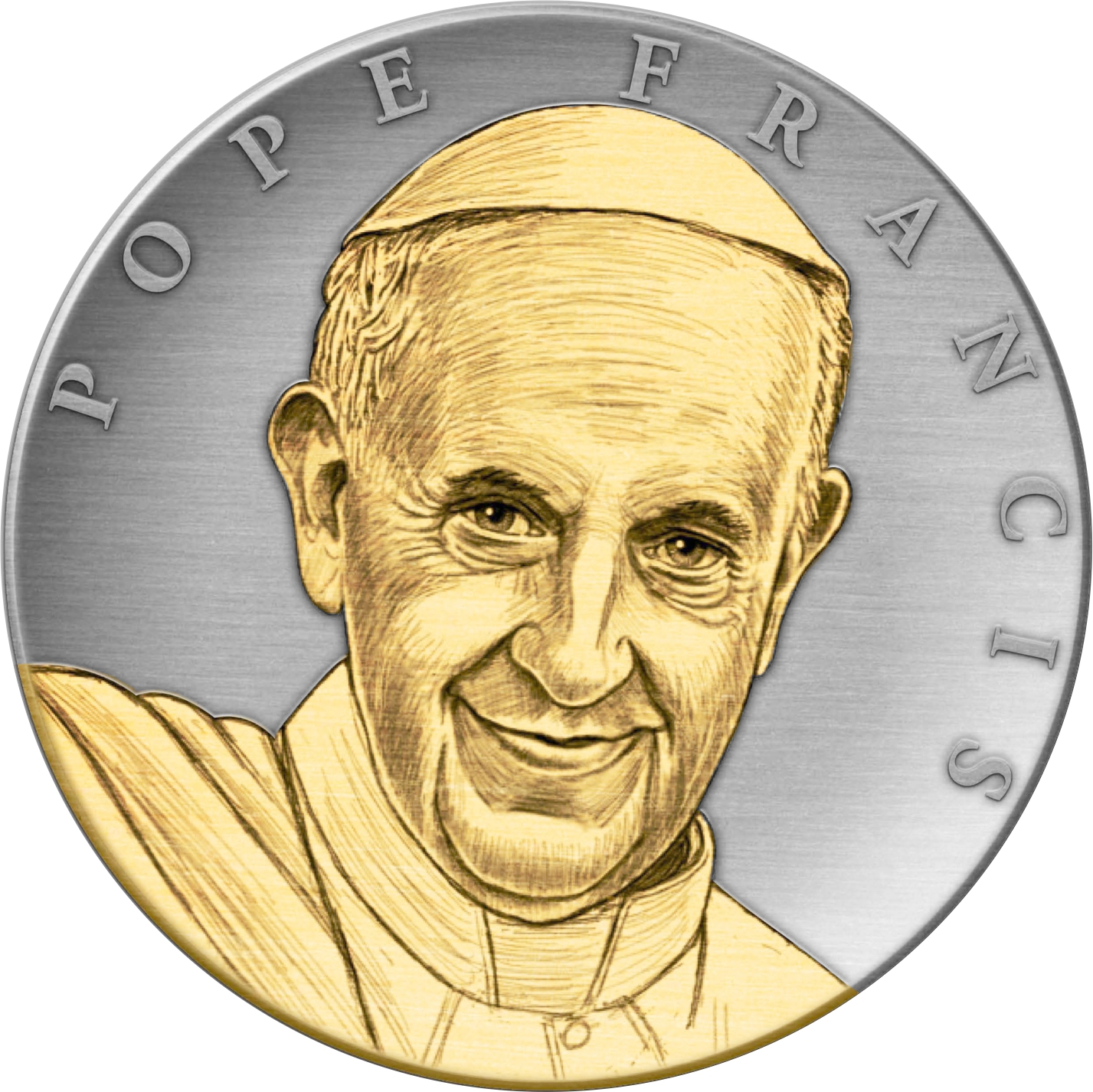 Obverse of selectively gold-plated silver medal from PAN marking the September 2015 visit of Pope Francis to Washington, D.C. PAN's official papal visit medals were available at the firm's booth at the ANA Aug. 11 through 15, 2015. 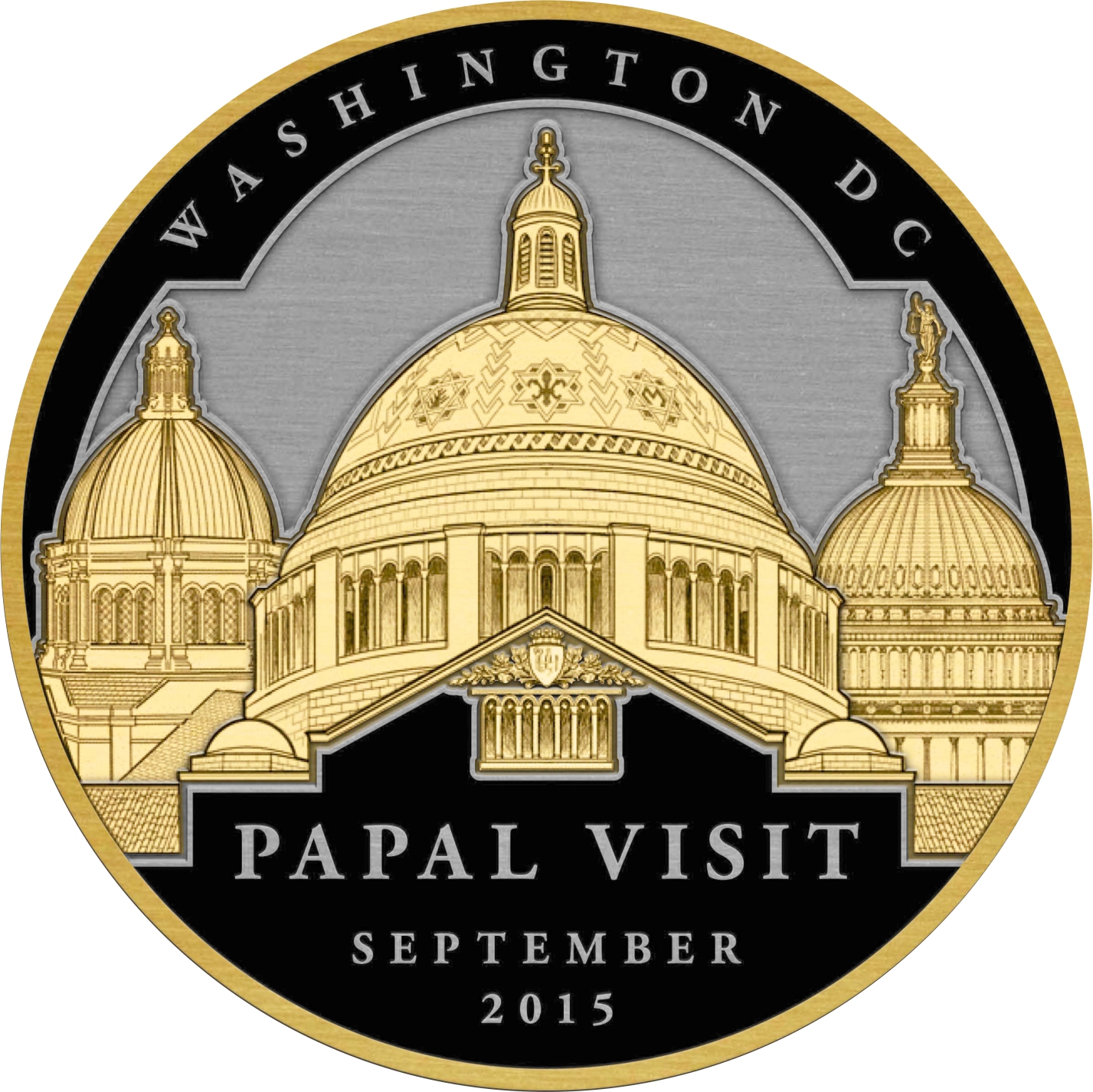 Reverse of selectively gold-plated and enameled medal commissioned by PAN, designed by Don Everhardt and minted by the Northwest Territorial Mint to mark Pope Francis' visit to Washington, D.C., in September 2015. 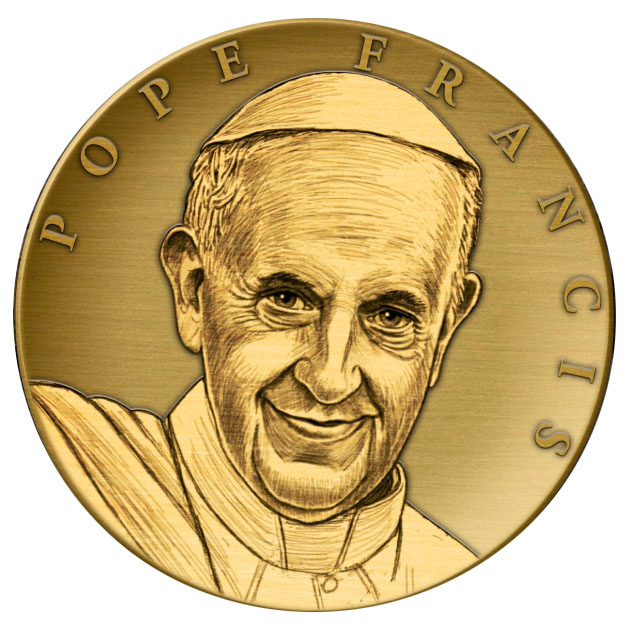 Obverse of bronze version of the official medal from PAN marking Pope Francis' visit to Washington, D.C. in September. 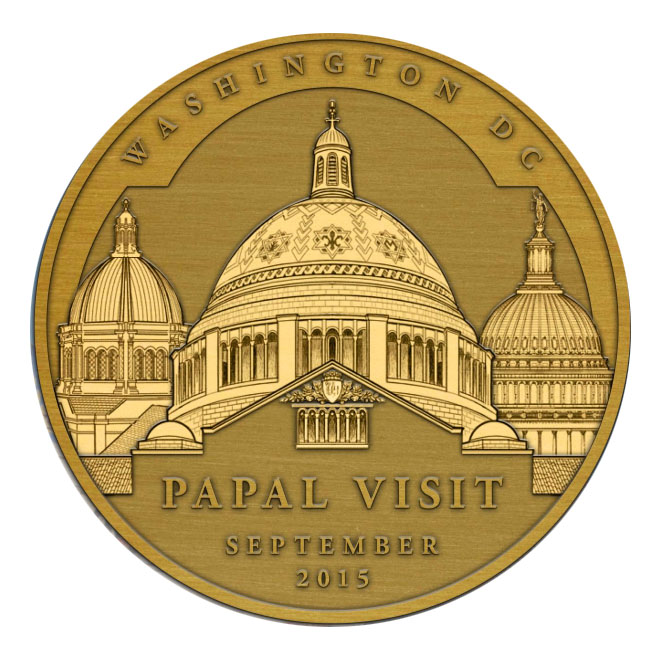 The following is a release from the Pennsylvania Association of Numismatists:

Chicago / Rosemont, IL – The Pennsylvania Association of Numismatists will have medals commemorating the September visit of Pope Francis to America available for sale at the American Numismatic Association World’s Fair of Money Aug. 11 to 15 at PAN table 1957.

PAN President, Tom Uram presented the idea to Archbishop Donald Cardinal Wuerl of the Roman Catholic Archdiocese of Washington at a meeting on Jan. 28, 2015. Cardinal Wuerl and Tom Uram agreed that such a wonderful idea should be done with a high level of quality and care. Tom immediately commissioned renowned sculptor and engraver Don Everhart to create the design work. The artwork was put forward as time became critical. To be able to reach a design agreement and allow enough time for Don Everhart to sculpt it and get it into production became a formidable challenge.

The essence of the medal focuses on the Pope’s visit to Washington, D.C., on Sept. 23, 2015.  Don produced a beautiful image of Pope Francis that captures his warmth and charm on the obverse and a reverse that features the three Washington, D.C., iconic domes, the Basilica of the National Shrine of the Immaculate Conception, the Cathedral of St. Matthew the Apostle, and the dome of the U.S. Capitol building.

The medals were produced at the Northwest Territorial Mint and were delivered to PAN on Friday, Aug. 7.

The sizes and pricing are:

The medals will also be on sale through the PAN website at www.pancoins.org after the ANA show.  The Basilica of the National Shrine gift shop will have a 1.75-inch bronze version with a single Basilica dome reverse available for sale.