Office of the Comptroller of the Currency could govern cryptocurrency 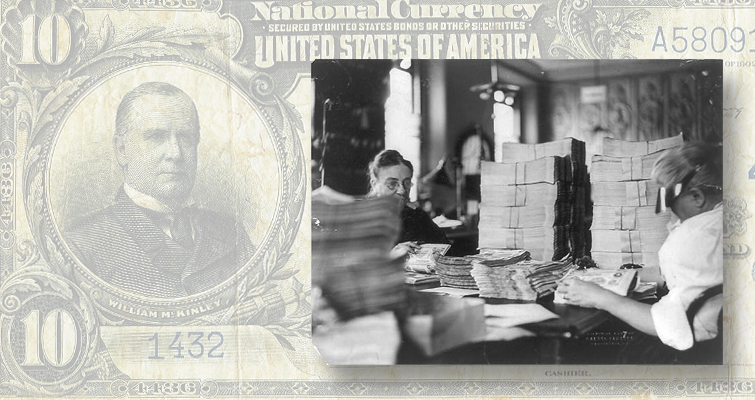 Women employed in the Office of the Comptroller of the Currency examine sheets of national bank notes before sending them out in 1907. They are shown working in the Treasury building, in what is now the treasurer’s office.

There are times when, to solve a new problem, you call upon an old solution. That could well be the case with “stablecoins.”

Stablecoins are a type of cryptocurrency designed to provide stability, according to specialists in the field. This is in contrast to the roller coaster rides often seen in the price of currencies such as Bitcoin that on Oct. 26, for example, lost 5% of its value in one day.

The stablecoin is becoming a central part of cryptocurrency, to the point of generating talk about regulations and how to implement them, says Dr. Franklin Noll, president of Noll Historical Consulting, LLC, and a frequent author on the subject.

Noll calls a stablecoin “a utility token that conveys value.”

The concept behind a stablecoin is that it has some form of backing to establish a value. Noll wrote on Oct. 22 in the BeInCrypto news website that the old is new. There is a century-old model for stablecoin regulation. We need to look back to the earliest days of United States federal paper currency and use the model of national bank notes, which he contends that from 1863 to 1933, were essentially paper utility tokens that conveyed value.

National bank notes were U.S. currency issued under the guidance of the U.S. government by private banks. To issue what the author calls private bank notes, a bank had to do three things: (1) become a national bank; (2) deposit backing reserves for the notes it would issue; and (3) issue only approved bank notes.

The national bank notes system was governed mainly by three federal government agencies, each responsible for monitoring one component of the system to ensure the stability of the currency. These components were the token, the issuer, and the reserves.

The token, i.e. the physical bank note, was the responsibility of the Bureau of Engraving and Printing. The BEP designed and printed the note according to its established standards. National bank note issuers could issue only notes supplied by the BEP, who was also responsible for the research and development of the bank notes.

The individual national bank itself was overseen by another Treasury agency, the Office of the Comptroller of the Currency. The OCC began operating in 1863 with the express purpose of regulating the national bank note system. The auditing of national banks remains its principal function today. The OCC could shut down a national bank for failure to follow the rules or if it was on the verge of bankruptcy. The OCC would then oversee the redemption of the failed bank’s notes.

How would this apply to stablecoins? The token is electronic rather than paper. Noll proposes a Treasury Department Bureau of Monetary Technology within the U.S. Treasury Department, to become the expert in e-money and cryptocurrency. It would set minimum design requirements for a stablecoin and provide security and functionality.

As for holding the reserves, Noll thinks the task should fall to the Federal Reserve since it is already doing this for banks, and the reserves would be in either U.S. dollars or Treasury securities. 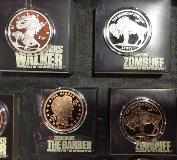 Bitcoin ATMs are popping up around the world, and on Twitter