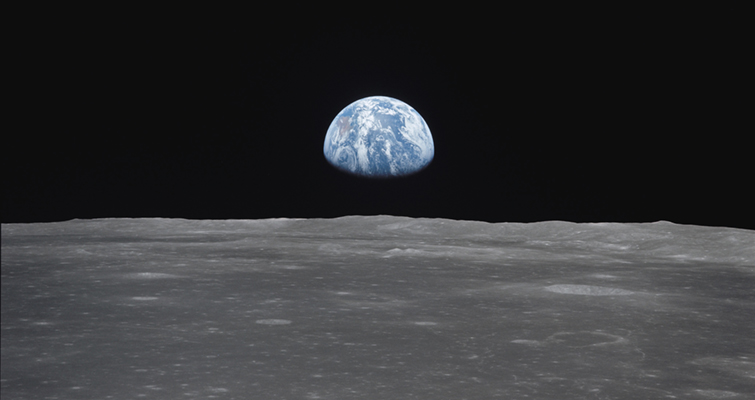 The United States Mint on May 1 opens the design competition for the four 2019 coins commemorating the 50th anniversary of the flight of Apollo 11, the first manned lunar landing mission. Under the authorizing act, the Mint seeks a single design to be used for the concave obverse of all four noncirculating commemorative coins 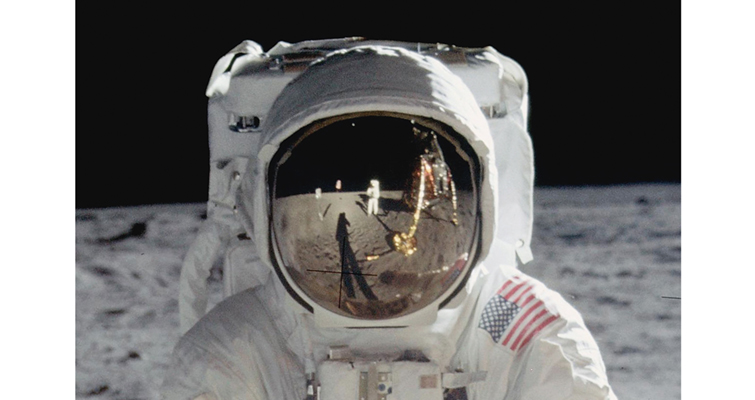 The common reverse for the four Apollo 11 coins must be based on this image of Buzz Aldrin on the surface of the moon. 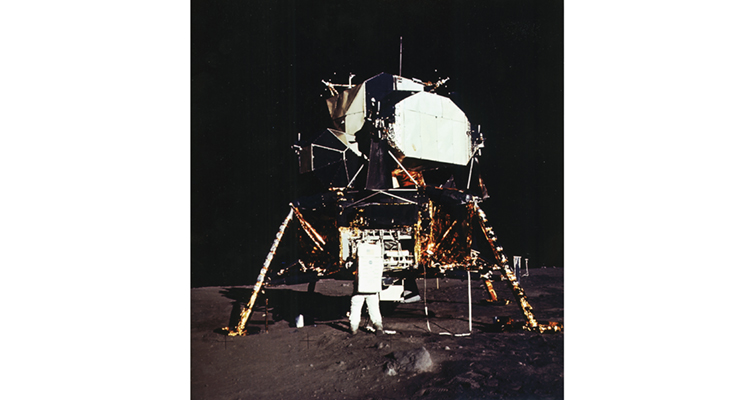 The lunar module Eagle rests on the surface of the moon in July 1969 as astronaut Buzz Aldrin prepares an experiment.

The 50th anniversary of one of the greatest scientific and technological achievements of all time occurs in 2019, and artists can help the nation celebrate by submitting designs for the curved commemorative coins to be issued to celebrate the event.

The United States Mint on May 1 opens the design competition for the four 2019 coins commemorating the 50th anniversary of the flight of Apollo 11, the first manned lunar landing mission. Under the authorizing act, the Mint seeks a single design to be used for the concave obverse of all four noncirculating commemorative coins:

The Mint’s contest will be open to will accept applications from artists May 1 through June 29, 2017.

Artists will be notified on July 31 if they have been accepted to submit designs. All designs submissions must be received by the Mint no later than Sept. 8. A winner will be announced in 2018.

The design competition, then, will be strictly for the common obverse of the four coins.

According to the official rules, “Obverse design submissions must be emblematic of the United States space program leading up to the first manned Moon landing; not include the name or depiction of any living person, including an astronaut, even with permission. (Please note that the reverse design may depict a living person because it was so legislated by Congress); not include names, emblems, logos, trademarks or other intellectual property associated with any specific government, commercial, or private organization; be the artist’s own original artwork; not include the artist’s name, initials, logo, mark, or other identifier anywhere in or on the design; not be frivolous or inappropriate.”

In addition, “Artists may be responsible at any time for any necessary modifications to a submitted design as requested by the United States Mint. Changes may be requested for any reason, including historical/technical accuracy, appropriateness, or coinability.”

The rules state that “required Inscriptions on Obverse Design” are: “Liberty,” “In God We Trust,” and “2019.”

“Artists may choose to include additional inscriptions beyond the required inscriptions,” according to the rules.

From the official rules

According to the official rules for the competition:

“The competition will proceed in two phases. In Phase One, artists will submit a digital portfolio, consisting of three to five examples of their work. An expert jury will review these portfolios and select not more than twenty artists to submit one obverse design for the proposed coins. The jury will ultimately select one artist’s design for the obverse of the coins. The same design will be used on the gold, silver, clad, and 5 ounce silver proof coin. The winning artist will be paid $5,000 for his or her design. The winning artist will be named as designer in historical documents, the Certificates of Authenticity, and promotional materials, and the artist’s initials will appear on the final coins (along with the initials of the United States Mint Sculptor-Engraver who will sculpt the selected design).

“Artists are expected to distill the program’s design theme to its essence, representing a complicated subject on a very small palette.

“In creating a coin design that will be translated into bas-relief sculpture, artists must take into consideration the ideas of relief, depth and negative space. Although the design will begin as an illustration, artists must think three-dimensionally and consider that curved coins in four sizes will bear the design. The obverse of the coin will be concave, and the reverse of the coin will be convex.

“The United States Mint is seeking artists who can bring innovative perspectives and who can effectively utilize symbolism to create original artwork that is emblematic of the United States space program leading up to the first manned Moon landing.”

In addition, invited artists will be paid a fee of $500 for their work.

Once designs are submitted, they will then be reviewed under provisions of the authorizing act: “Proposals for the obverse design of coins minted under this Act may be submitted in accordance with the design selection and approval process developed by the Secretary in the sole discretion of the Secretary. ... As part of the competition described in this subsection, the Secretary may accept proposals from artists, engravers of the United States Mint, and members of the general public, and any designs submitted for the design review process described herein shall be anonymized until a final selection is made.”

The rules provide specific requirements to the artists about the presentation of the submitted designs and the artistic techniques that are and are not permitted to be used.

In addition, the rules provide details about “Originality, Reference Materials, and Third Party Rights.” In short, all artwork must be the artist’s original creation; artists are discouraged from basing any submission on pre-existing photographs unless the artist’s own work; and artists are required to obtain all necessary third-party rights if intellectual property of another individual is used in creating the design.

The Apollo 11 commemorative coin program is supposed to emulate the 2014 Baseball Hall of Fame coin program in that all four coins will be concave/convex in shape. As stated in the law: “IN GENERAL.—The coins minted under this Act shall be produced in a fashion similar to the 2014 National Baseball Hall of Fame 75th Anniversary Commemorative Coin, so that the reverse of the coin is convex to more closely resemble the visor of the astronaut’s helmet of the time and the obverse concave, providing a more dramatic display of the obverse design chosen. ...”

These special provisions would challenge the United States Mint’s technical departments, especially for the 5-ounce silver dollar. While the Mint now has experience in striking copper-nickel clad half dollars, silver dollars, and gold half eagles with a concave/convex shape, and years of experience striking 3-inch 5-ounce silver coins, it has not produced a concave/convex 5-ounce coin.

The suggestion that the reverse design continue over the edge to the obverse side would also require experimentation and testing by the Mint.

As the Mint writes at the website page announcing details of the competition:

“On July 20, 1969, America and the world watched as Neil Armstrong and Buzz Aldrin took mankind’s first steps on the lunar surface. This unprecedented engineering, scientific, and political achievement, the culmination of the efforts of an estimated 400,000 Americans, secured our Nation’s leadership in space for generations to come. The national goal set in 1961 by President John F. Kennedy was fulfilled when the crew of Apollo 11—Armstrong, Aldrin, and Michael Collins—safely returned to Earth on July 24, 1969. Nearly half a century later, the United States is the only country ever to have attempted and succeeded in landing humans on a celestial body other than Earth and safely returning them home.”

The Apollo 11 mission was a stunning achievement and has been recognized numismatically on many coins and medals issued by the United States, other nations, and private entities.

Among American coinage, the Apollo 11 mission patch is the basis for the reverse design of the Eisenhower and Anthony dollars.

A gold congressional medal was presented on Nov. 16, 2016, to former astronauts Neil A. Armstrong, Edwin E. “Buzz” Aldrin and Michael Collins, veterans of the Apollo 11 mission, and to John H. Glenn Jr., the first American to orbit Earth. The New Frontier gold medals recognize their contributions to the U.S. space program. Bronze duplicates are available for purchase from the United States Mint.

The price for each of the 2019 program’s three standard coins are to bear standard surcharges: $5 for the half dollar, $10 for the dollar and $35 for the half eagle; and the 5-ounce silver dollar will bear a surcharge of $50.

The surcharges raised through sales of the coins, once statutory requirements are met, are to be distributed as follows: “(1) one half to the Smithsonian Institution’s National Air and Space Museum’s ‘Destination Moon’ exhibit, for design, education, and installation costs related to establishing and maintaining the exhibit, and for costs related to creating a traveling version of the exhibition; (2) one quarter to the Astronauts Memorial Foundation, for costs related to the preservation, maintenance, and enhancement of the Astronauts Memorial and for promotion of space exploration through educational initiatives; and (3) one quarter to the Astronaut Scholarship Foundation, to aid its missions of promoting the importance of science and technology to the general public and of aiding the United States in retaining its world leadership in science and technology by providing college scholarships for the very best and brightest students pursuing degrees in science, technology, engineering, or mathematics (STEM).” 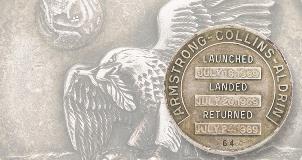 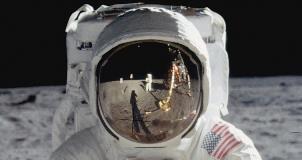