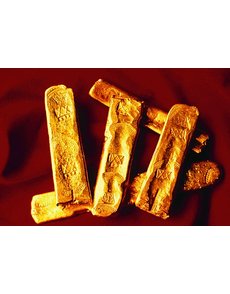 The 1990 and 1991 recovery of the 17th century shipwreck marked the first deep-sea recovery involving remotely operated vehicles, according to Odyssey. 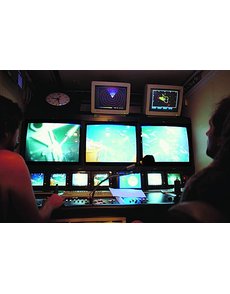 Newly published research from a wreck discovered more than two decades ago sheds light on the scientific side of shipwreck recovery.

Odyssey Marine Exploration Inc., Tampa, Fla., is releasing a new series of scientific papers exploring multiple facets of the 17th century Tortugas shipwreck believed to be the remains of the 117-ton Buen Jesús y Nuestra Señora del Rosario. The ship was one of the vessels sailing with the 1622 Tierra Firme treasure fleet bound for Spain (the group included the famous Nuestra Senora de Atocha).

Seahawk Deep Ocean Technology discovered the wreck in 1989 south of the Tortugas Islands in the Straits of Florida at a depth of 405 meters (1,329 feet). Odyssey Marine Exploration today owns and exhibits items recovered from the wreck.

Excavation began in 1990 and continued in 1991, marking the world’s first comprehensive robotic archaeological excavation of a deep-sea shipwreck, according to Odyssey Marine. A total of 16,903 artifacts were recovered by a remotely operated vehicle. The artifacts include gold bars, silver coins, pearls, ceramics, beads, glassware, astrolabes, tortoiseshell, animal bones and seeds.

Six separate research papers explore aspects of the technology employed in locating and recovering the wreck, the wreck site itself, the artifacts and bones found in the wreck, and the coins recovered.

The research has been published both as PDF documents for downloading and as a printed book: Oceans Odyssey 3: The Deep-Sea Tortugas Shipwreck, Straits of Florida: A Merchant Vessel from Spain’s 1622 Tierra Firme Fleet.

According to Odyssey, the Tortugas shipwreck reflects the daily life of trade with the Americas at the end of the Golden Age of Spain. The wreck was also important, according to Greg Stemm, Odyssey Marine Exploration’s CEO, because archaeologists had hoped deepwater wrecks would be better preserved than shallow water finds, presumably because of the frigid temperatures of deeper waters (they were not). Exploring and working on the wreck also answered questions about conducting archaeological fieldwork using robotics, which was successful, according to Odyssey Marine.

A virtual exhibit may be viewed at www.OdysseysVirtualMuseum.com. The research papers may be downloaded at www.shipwreck.net/tortugaspapers.php, and the 201-page book may be ordered for $39.95 from David Brown Books at www.oxbowbooks.com or 860-945-9329. ¦