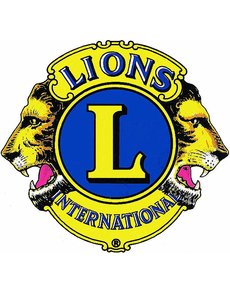 The centenary of the founding of Lions Club International will be honored on a U.S. commemorative silver dollar in 2017. Shown is the organization’s emblem.

The act, first introduced to the House of Representatives as H.R. 2139 by Rep. Peter Roskam, R-Ill., on June 3, 2011, directs the secretary of the Treasury to mint a maximum of 400,000 silver commemorative dollars in 2017 in honor of the 100th anniversary of the founding of the organization.

Passage of H.R. 2139 in the House occurred Sept. 10, and was agreed to without amendment by unanimous consent in the Senate on Sept. 22. It was forwarded to the White House on Sept. 25.

Speaking for the bill on the House floor Sept. 10, Rep. Roskam said, “Today is a day when we can celebrate accomplishment in the private sector and in the volunteer sector, and to celebrate a rich history and a century of accomplishment — accomplishment that is borne of service to one another.

“And so here we are today, celebrating the Lions Club International as they’re on the cusp of a new century.”

He finished his remarks by stating, “I am pleased to be a part of this bipartisan effort.”

Legislation sponsors Roskam and Moran, both Lions Club members, as well as the Lions Club International Special Centennial Planning Committee, were instrumental in getting the proposal to Capitol Hill, but the rank-and-file Lions Club members also played a role. According to Lions Clubs International Division Manager for Public Relations and Communications Dane LaJoye, “Many, many took the time to contact their congressional representatives and senators.”

A century of service

According to the Lions Club International website at www.LionsClubs.org, Jones told members of his local business club they should “reach beyond business issues and address the betterment of their communities and the world.”

An organizational meeting was held June 7, 1917, in Chicago. The new group took the name of one of the invited groups, the “Association of Lions Clubs.” A national convention in Dallas followed in October of that year, where “a constitution, by-laws, objects and a code of ethics were approved.”

In 1920, the first Lions Club outside the United States was established in Canada. This was followed by the establishment of a club in Mexico in 1927.

Today, the Lions boast a presence in more than 207 countries and geographic areas. An estimated 1.35 million Lions Club individuals hold membership in more than 46,000 clubs worldwide.

The Lions Club identifies as among its more notable programs providing funding and volunteer service for programs to improve eyesight and help eradicate blindness; mentoring children through its “Leo Program”; and helping communities stricken with natural disasters by providing for food, water, clothing, medical supplies and aiding in reconstruction.

The Lions Club Commemorative Coin Act calls for “no more than” 400,000 silver coins, of both Proof and Uncirculated finish.

Like other modern U.S. commemorative silver dollars, the Lions Club commemoratives will weigh 26.73 grams, have a diameter of 1.5 inches, and be composed of 90 percent silver, 10 percent copper. The coins will be legal tender, though their silver content will far exceed their face value.

The final design chosen for the coins will be the decision of the secretary of the Treasury, though the act states this will be done “after consultation with Lions Clubs International Special Centennial Planning Committee and the Commission of Fine Arts; and reviewed by the Citizens Coinage Advisory Committee.”

The coin will bear “a designation of the value of the coin”; “inscriptions of the words ‘Liberty’, ‘In God We Trust,’ ‘United States of America’, and ‘E Pluribus Unum’”; the year of issue (2017); and a design “emblematic of the centennial of the Lions Clubs International.”

The Lions Club emblem consists of a gold letter “L” on a circular area, bordered by two lion profiles facing away from the center. According to the organization, the two lions “face both past and future — showing both pride of heritage and confidence in the future.”

The sale of each commemorative coin will include a $10 surcharge earmarked for distribution to the secretary of the Lions Club International Foundation.

According to LaJoye, the organization’s current plan is that the money from the surcharge will fund existing Lions programs. “There are no new initiatives planned at this time,” he said, but added, “That could change in the future.”

LaJoye also said it is yet to be determined whether the Lions Club will be partnering with the U.S. Mint to sell a select portion of the commemorative coins, such as was done with the Maryland War of 1812 Bicentennial Commission for the 2012 Star-Spangled Banner commemoratives. ¦