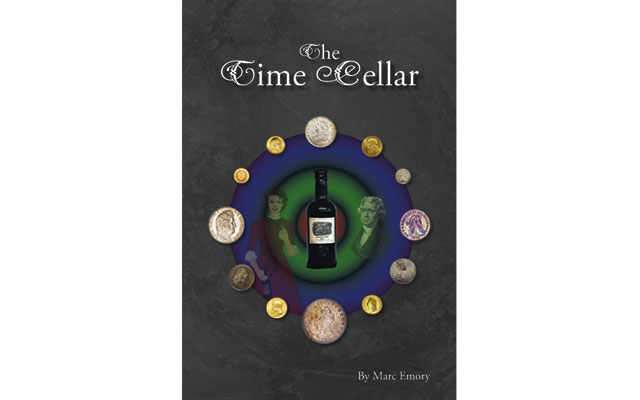 The Time cellar, by Marc Emory, is intended to be a story easily accessible to people who know nothing about coins, and yet to entertain the dickens out of people who do.

Marc Emory is director of European Operations for Heritage. He has been employed by Heritage since 1975, and is a longtime numismatist.

How do you write a book, a fiction novel, that numismatists will love, but will have universal appeal?

I got to thinking about that around five years ago. I discussed my thoughts with such diverse people as noted French numismatist Sabine Bourgey, famous sex therapist Dr. Ruth Westheimer and legendary Spider-Man creator Stan Lee, all of whom are no strangers to the literary world.

The magic formula, I realized, would demand that the story be easily accessible to people who know nothing about coins, and yet entertain the dickens out of people who do. I hit upon the idea of basing the story on a subject about which I knew nothing, but many friends did. The numismatic world is full of wine enthusiasts, so I started there. The main character in my story would be a wine enthusiast who was forced to learn much about coins — quickly. After all, if you want to buy wine from someone in the year 1818, he’s not going to take your check or MasterCard.

Throw in a mixed salad of sci-fi (time travel), history (conversations with a retired Thomas Jefferson), danger (mafia thugs) and romance, and voilà! You have The Time Cellar, my first novel.

The protagonist is confronted with terms we “coin people” take for granted, but that leave a layman scratching his or her head in confusion. “Bust” half dollars? What does that mean? That you have to smash them with a hammer before spending them? A Kruger “Pond.” What is that? A small body of fresh water in South Africa? And is the difference between an “A” mint and a “BB” mint the same as the difference between spearmint and peppermint?

I added in as many entertaining peripheral characters as I could, including the protagonist’s genius, if verbally challenged, Guatemalan assistant, along with her brother, an expert in “Maa shalats.” There is the helpful coin shop proprietor in Southern California. There is the crooked but expert wine dealer in Beverly Hills. Some Basques from Elko, Nevada, make an appearance. There is, of course, the lovely French woman with whom the main character falls in love — not necessarily a romance with a future, seeing as how she was born in 1832, and has no photo ID. Later on, a Little Old Lady from Pasadena shows up, except that maybe she’s not from Pasadena after all.

Once I had my themes, vintage wine, rare coins, romance, time travel, and the rest, all that remained was to fill out my plot, figure out how I wanted it end, flesh out my characters, and do some research. Finally: try to make my story as entertaining as all get-out for all readers.

According to some in the numismatic world who have read advance copies, I succeeded. The sentiment was echoed by both a famous Republican (Adrian Cronauer, portrayed by the late Robin Williams in Good Morning Vietnam) and a famous Democrat (Gov. Howard Dean).

I hope the readers of Coin World have as good a time with my story as those who have read it so far.

The Time Cellar is available in hardcover, paperback and as an e-Book from Amazon. Autographed hardcover copies may be advance ordered for $30 plus postage from The Ivy Press, 3500 Maple Ave., 17th floor, Dallas, TX 75219-3941.