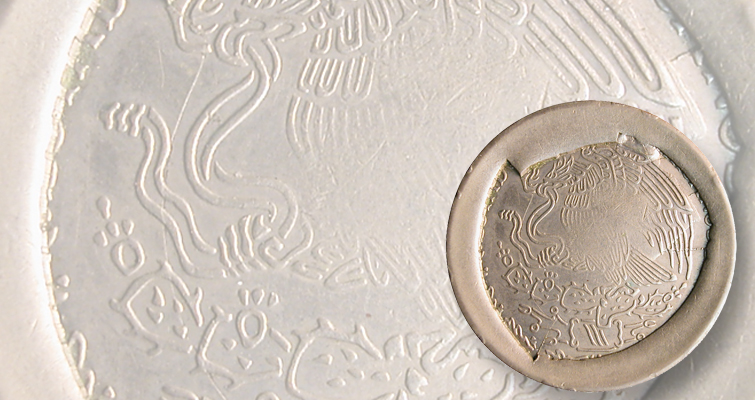 The obverse (hammer) die that struck this 1975 Mexico 1-peso coin was affected by both a circumferential cud and a die subsidence error. 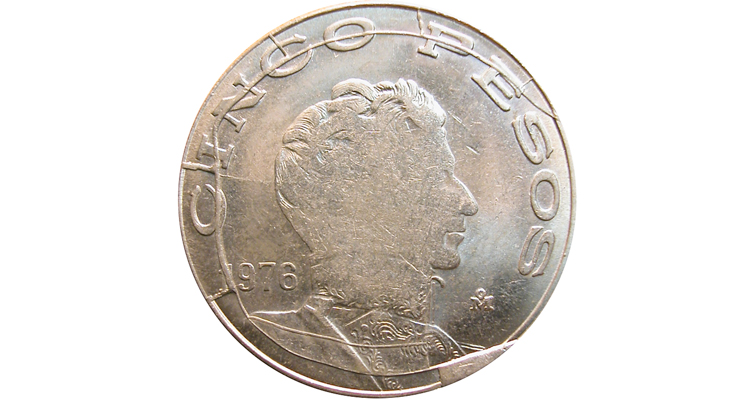 The reverse perimeter of this 1976 Mexico 5-peso coin is almost completely occupied by an encircling network of wide die cracks. The center of the coin failed to strike up, probably because the planchet was abnormally hard, further stressing the die . 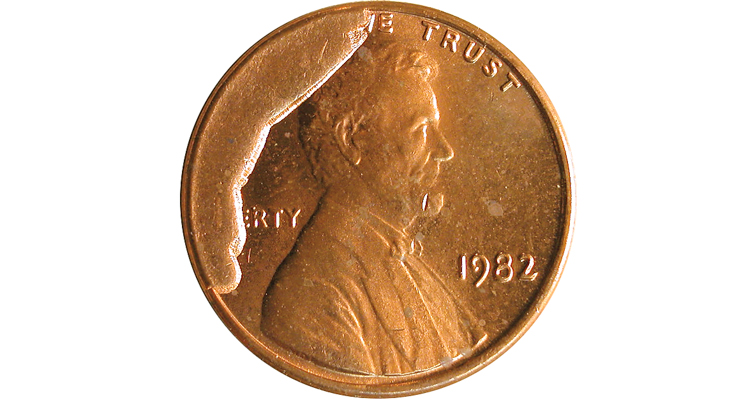 This 1982 Lincoln cent shows a crescentic cud that runs from 8:00 to 12:00. It represents the end point of a three-stage cud progression that began with a conventional ovoid cud. 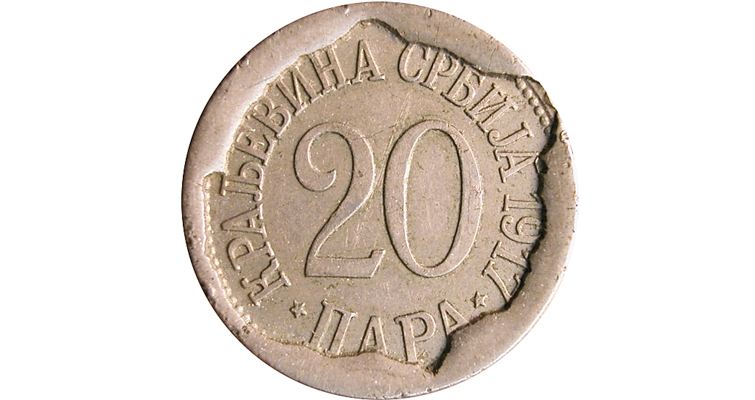 This 1917 Serbia 20-para coin displays a 355 degree cud that is composed several crescentic cuds of various shapes and thicknesses.

Die fragments of significant size almost always break off at the sharp junction where the die face meets the die neck. Hobbyists refer to such die breaks as “cuds.”

Cuds vary enormously in shape. Most can be characterized as “ovoid,” with the understanding that these can range from squat to tall, as viewed face-on. A less common type of cud occurs when a long, curved sliver separates from the edge of the die face. An example of such a “crescentic cud” is seen on the obverse face of a 1979 Argentina 100-peso coin. It accounts for approximately 160 arc degrees of the coin’s perimeter. A conventional ovoid cud occupies the opposite pole.

Ovoid cuds can be transformed into irregular-looking crescentic cuds as metal continues to break off from the ends of the original void in the die face. Shown here is 1982 Lincoln cent with a thick crescentic cud that represents the culmination of a three-stage cud progression that began as a relatively squat ovoid cud (see the Aug. 9, 2010, column).

Several crescentic cuds can link up end-to-end to encircle or nearly encircle the die face. Only a few examples of these “circumferential” or “360 degree” cuds are known. Shown here is a 1975 Mexico 1-peso coin with a circumferential cud on the obverse face that appears to represent the merger of three to four crescentic cuds. A very similar circumferential cud appears on a 1961 New Zealand penny (not shown). A nearly complete (355 degree) cud appears on the obverse face of a 1917 Serbia 20-para piece (see photo). Perhaps as many as six contiguous crescentic cuds contributed to this die’s broken perimeter.

Crescentic and circumferential cuds are symptomatic of a brittle exterior separated from a tougher interior by a narrow zone of weakness. This uneven fragility can be caused by improper die preparation (annealing, tempering, quenching). The wrong temperatures applied for the wrong amount of time can create a nonuniform atomic and crystalline micro-structure that is prone to failure.

In a circumferential cud, you would expect the remaining design to be especially well-struck, since the full force of the strike is concentrated in a smaller area. But the center of the 1-peso coin is poorly struck on both faces and bulges out on the obverse.

The bifacial weakness and obverse convexity show that the obverse (hammer) die suffered from a die subsidence error. The retreating center of the obverse die neck was abnormally soft and malleable, in stark contrast to the brittle exterior.

The role of die cracks

Crescentic and circumferential cuds may be preceded by die cracks. Shown here is a 1976 Mexico 5-peso coin whose reverse face is almost completely encircled by a network of thick peripheral die cracks. A small cud has formed at 5:30. I was informed by a well-respected error dealer, the late Allan Levy, that there is a later stage of this die where more of the cracked portion has fallen away.

This 1976 5-peso coin also shows signs of having been struck on an abnormally hard planchet. The central design on both faces of the coin failed to strike up, the incuse edge lettering is shallow, and the edge is slightly concave in vertical cross-section. All of this is consistent with reduced malleability.

A large number of such planchets could have stressed the already vulnerable die beyond its breaking point. 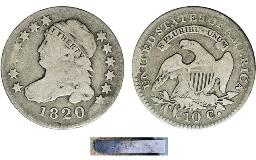 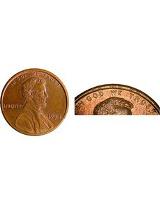 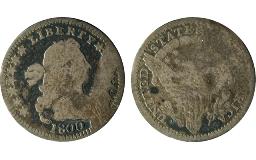