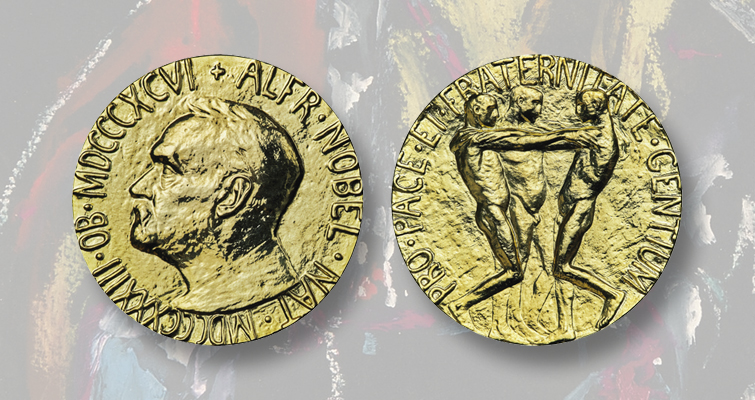 The proceeds from the sale will be donated to UNICEF’s Child Refugee Fund, according to the medal’s lot description on the Heritage website.

Dmitry Muratov established Novaya Gazeta, a newspaper that became an important source of independent journalism in Russia, in 1993. The paper suspended production in March of this year as restrictive Russian press laws forbade accurate reporting of Russia’s invasion of Ukraine. Roughly 14 million Ukrainians fled their homes in the face of the invasion, the listing for the medal recounted.

Muratov previously donated the roughly $500,000 cash part of his award to charitable causes, including for children with spinal muscular atrophy. In a New York Times interview, Muratov said that he was inspired to sell his medal by Niels Bohr, a Danish physicist who in 1940 sold his 1922 Nobel Prize medal to raise money for civilian relief for Finland after the 1939 Soviet invasion. (Interestingly, Bohr also was entrusted by two other physics laureates with two other Nobel Prize medals, which he chemically dissolved to prevent their capture by the Nazis. After World War II, the gold was recovered and sent back to the Swedish Academy and recast into replacement medals.)

The Washington Post reported in 2021 that former Soviet leader Mikhail Gorbachev donated some of his 1990 prize money to buy Novaya Gazeta’s first computers, per Steve Roach’s reporting in Coin World.

Bidding opened June 1 and ended June 20, International Children’s Day and World Refugee Day, respectively, which Heritage drew attention to in its listing and promotional materials for the sale.

The price realized is far and away the largest for a numismatic item, but the sale’s philanthropic purpose drove bidding above what such a medal might normally attract, based on prior results of similar Nobel Prize medal sales — apparently a single bid jumped the top price from $16.6 million to $103.5 million. The previous record price realized for a Nobel Prize medal, $4.76 million ($4.1 million without auction house fees), was in 2014 for the medal awarded to James Watson, one of the discoverers of the double helix DNA structure. Heritage used its 2013 sale in which the 1962 Nobel Prize medal awarded to Francis H.C. Crick, who was co-awarded with Watson, realized $2,270,500 as a pricing guideline for buyers.

The New York Times quotes Heritage’s chief strategy officer Josh Benesh, who was “flabbergasted” by the prize realized and said of the sale, “I don’t think the object mattered. I think the object is a metaphor, it’s a symbol for something. It’s the opportunity to stand up and say, ‘This is a cause that has meaning and it’s a problem that a donation can begin to fix.’ ”

The medal was struck by the Mint of Norway in Konigsberg and PRIX NOBEL DE LA PAIX appears along its edge alongside DMITRY MURATOV 2021. A portrait of Alfred Nobel appears on the obverse, while the reverse depicts three male figures with their arms around each other. The Latin legend PRO PACE ET FRATERNITATE GENTIUM translates to “For the peace and brotherhood of men.” The medal is composed of 23-karat gold.

The Nobel Institute offered its first-ever endorsement for the sale, according to the listing on Heritage’s website. As Muratov shared with the Associated Press, “I was hoping that there was going to be an enormous amount of solidarity, but I was not expecting this to be such a huge amount.” 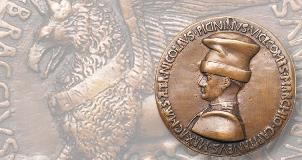 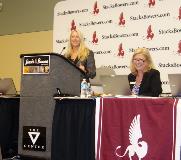 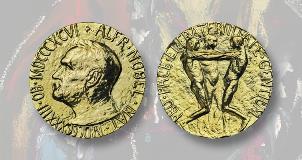