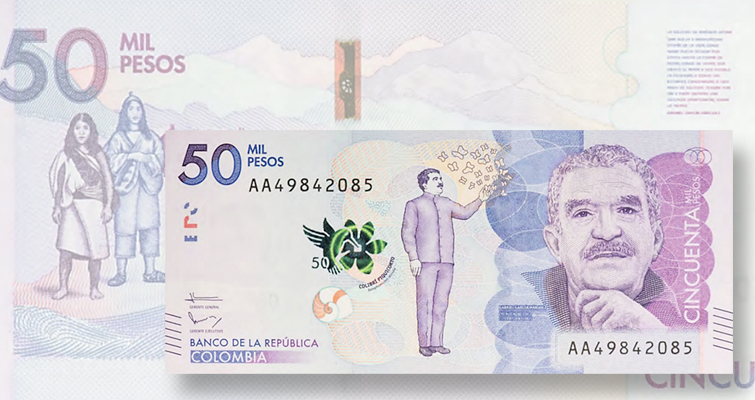 The Bank of the Republic of Colombia introduced a new 50,000-peso note featuring Nobel laureate Gabriel García Márquez on Aug. 18.

Original images courtesy of the Bank of the Republic of Colombi 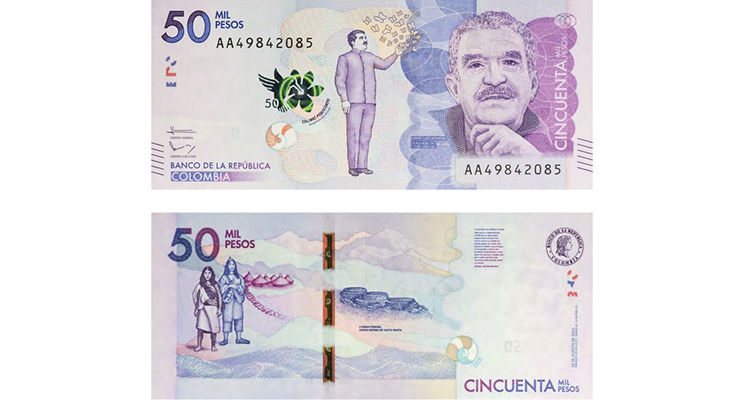 The Bank of the Republic of Colombia’s new 50,000-peso note depicts Gabriel García Márquez, recipient of the 1982 Nobel Prize for Literature.

Images courtesy of Bank of the Republic of Colombia.

The Bank of the Republic of Colombia introduced a new 50,000-peso note on Aug. 18, according to a press release issued by the bank.

Various shades of violet and light and dark blue dominate the note, which features the image of Colombian novelist, short-story writer, screenwriter and journalist Gabriel García Márquez, who won the Nobel Prize for Literature in 1982. Márquez is widely thought to be one of the most influential writers in the Spanish language.

In addition to his bust on the face, a second vignette shows him standing amid a flock of hovering butterflies. The back shows two standing natives; “Ciudad Perdida” (Lost City) in the Sierra Nevada de Santa Marta, an archaeological site that is considered the heart of the Tayrona culture; a nautilus shell; and the seal of the bank.

Among the security features on the 148- by 66-millimeter note are a solid security thread and yellow-to-green windowed security thread, a watermark of García Márquez, devices with movement and color-changing aspects, other effects visible only under fluorescent or ultraviolet light, and tactile elements.

This is the third release in Colombia’s new series and will circulate simultaneously with the previous series. The note’s face value is worth about $17.30 in U.S. currency.

An interactive website showing the security and artistic features of the new issue is here.

The Colombian House of Representatives approved legislation on Dec. 17, 2014, directing the central bank to print notes featuring Gabriel Garcia Marquez’s portrait. The legislation did not stipulate which denomination nor when the notes would be issued for circulation. 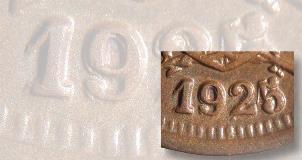