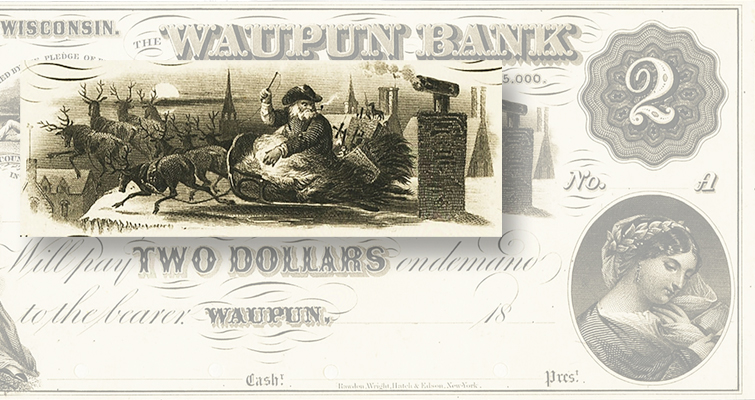 The seventh auction from the collections of famed numismatist Eric P. Newman focuses on paper money, including this rare piece with a popular Santa Claus vignette. 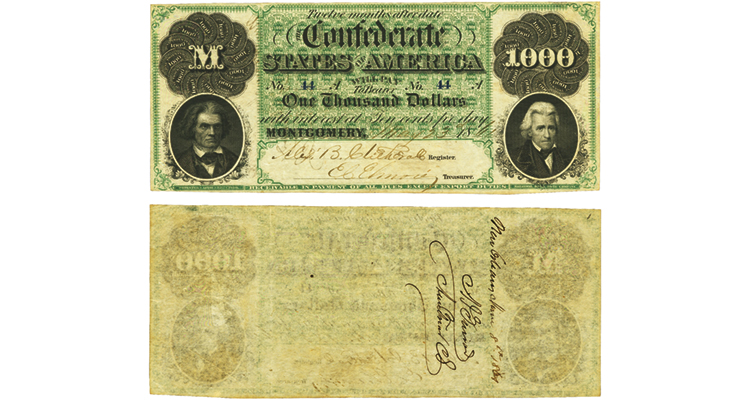 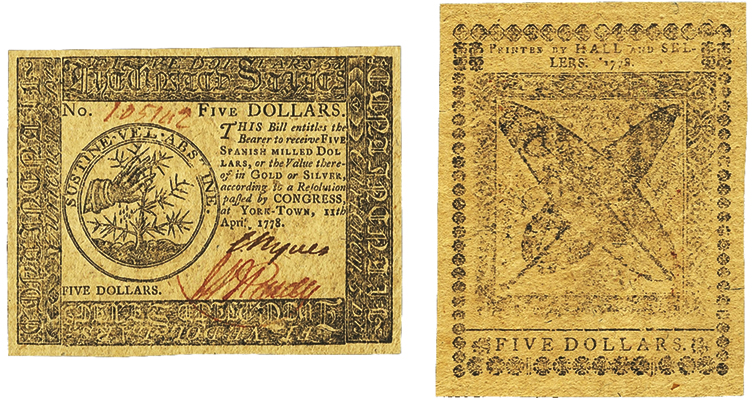 Another highlight is a Continental Currency April 11, 1778, $5 Yorktown Issue in PCGS Currency Superb Gem New 67 Premium Paper Quality estimated at $12,500 and up. 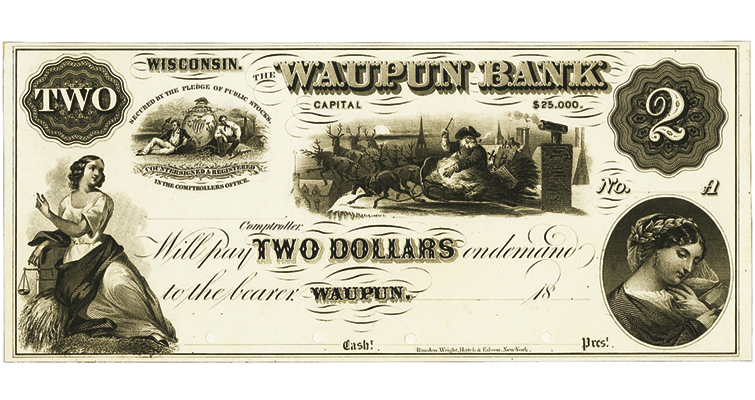 In the obsolete section, estimated at $7,500 to $15,000 in PCGS Currency Gem New 67 Premium Paper Quality, is the finest known example of a proof of a Santa Claus note from the Waupun Bank in Waupun, Wis.

More than 2,200 pieces of Colonial, Confederate, obsolete, and world paper money will cross the block in Dallas on Oct. 21 to 24 as Heritage Auctions offers the seventh part of the Eric P. Newman Collection. The sale will consist of both floor and Internet-only sessions.

The top offering of the collection, with an estimate of $50,000 to $100,000, is a historic 1861 Confederate $1,000 Montgomery note graded by PCGS Currency as Very Fine 35. This uncanceled note with serial number 44 has a pedigree back to the legendary Col. E.H.R. Green. Dustin Johnston, director of currency at Heritage, remarked: “The Newman Confederate States of America collection is an eminent one. His 1861 rarities are almost unparalleled for eye appeal.”

Also among the Confederate offerings are what Johnston said are the most attractive T27 Eagle and Shield and T35 Indian Princess notes Heritage has ever offered (the “T” references are standard catalog numbers for Confederate notes). The former is estimated at $30,000 to $60,000 in PCGS Currency VF-20. The latter, which is the rarest of all Confederate paper money, is graded PCGS Currency VF-25 and has a $40,000 to $80,000 estimate.

Among the 520 Colonial notes being sold are, Heritage says, some of the finest ever graded and certified by PCGS Currency. One such example is a Continental Currency April 11, 1778, $5 Yorktown Issue (Friedberg CC-72) in PCGS Currency Superb Gem New 67 Premium Paper Quality, estimated at $12,500 or more. Also from this rarest overall series of Continental Currency are $6, $8, $20, and $40 issues, all in Uncirculated quality.

Two important Colonial notes are an extremely rare Connecticut July 12, 1709, 3-shilling note (F-CT-3a) that had been raised to 10 shillings, in PCGS Currency Very Fine 30 Apparent and estimated at $7,500 and up.

The bulk of the Newman VII auction will be 1,579 lots of obsolete currency.

One highlight is a proof of a Union Bank of Missouri $100 note, St. Louis branch payable, in PCGS Currency Choice About New 58 Apparent. It is listed in the James A. Haxby reference as MO-65 G96a SENC (surviving example not confirmed). The note is the highest denomination from the bank and series and was printed by the American Bank Note Co. It is estimated at $10,000 to $20,000. The catalog says, “The color and the vignettes work in tandem to create one of the most beautiful late designs from the Obsolete banknote era.”

Also in the obsolete section, estimated at $7,500 to $15,000 in PCGS Currency Gem New 67 Premium Paper Quality, is the finest known example of a proof of a Santa Claus note from the Waupun Bank in Waupun, Wis.

A historic and unique territorial period scrip from Boggy Depot (Choctaw Nation, Indian Territory, western Arkansas) could the greatest of all Oklahoma-Indian Nation notes. The Reuben Wright 50-cent note, Jan. 1, 1862, is graded PCGS Currency Fine 15 Apparent. The note could be redeemed for merchandise at Wright’s store in Old Boggy or for Confederate notes. It is expected to sell for $5,000 to $10,000.

A similar estimate is given for two other lots. One is another piece of scrip, also possibly unique — a 25-cent note of Oct. 1, 1874, from the Perdido Bay Lumber Co. of Pensacola, Fla., in PCGS Currency Fine 15. The second lot is a bright red PCGS Currency Gem New 66 Premium Paper Quality India paper $3 proof from the La Crosse County Bank of La Crosse, Wisc.

All proceeds from the sale will be used to supplement the Eric P. Newman Numismatic Education Society’s museum operations and numismatic research efforts and for the benefit of other not-for-profit institutions selected by the society.