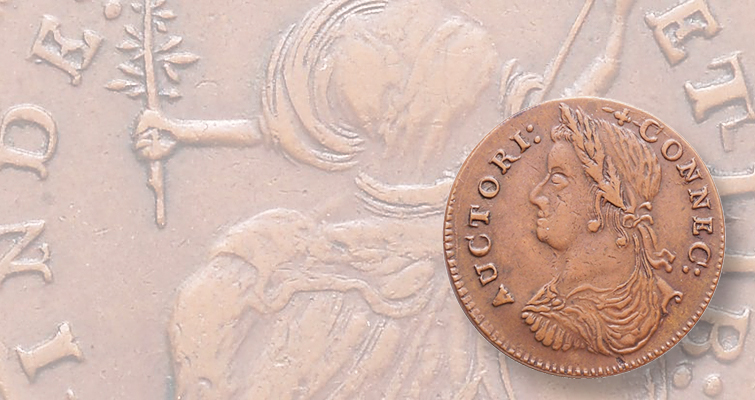 Dies were engraved by Abel Buell to strike Connecticut coppers, like the 1787-dated example, shown, as well as Fugio cents. 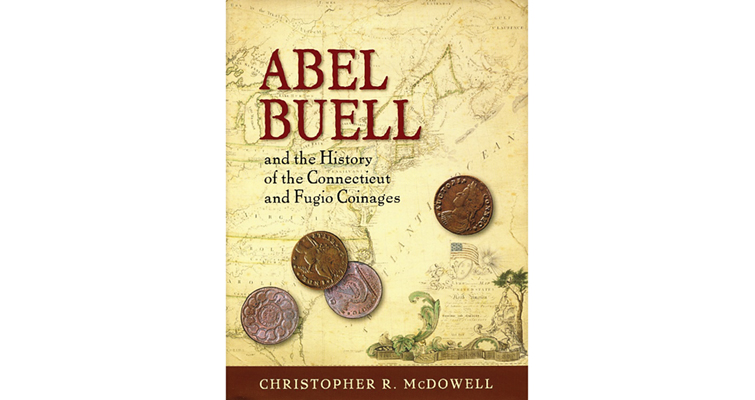 Author Christopher McDowell deftly handles each of the areas that Connecticut’s Abel Buell was involved in as a professional, including counterfeiting.

Abel Buell and the History of the Connecticut and Fugio Coinages is Christopher McDowell’s first numismatic book, but he is no stranger to numismatic writing or Connecticut coppers.

McDowell deftly handles each of the areas Connecticut’s Abel Buell (1742 to 1822) was involved in as a professional: counterfeiting, silversmithing, cartography, type-founding, cutlery, cotton spinning, and minting.

Leaning on primary sources to tell Buell’s remarkable story, this book profitably interweaves secondary material from both well regarded academic sources and the sorts of old historical works that add spice to a narrative despite the need to read them with a skeptical mind.

Walking the line between trusting such sources and abandoning them altogether, Abel Buell and the History of the Connecticut and Fugio Coinages’ use of these old tales lends a dramatic flair to a life story that would be rendered much less interesting without them.

While coin-related history doesn’t appear until 79 pages into the book’s 216-page main text, numismatists will enjoy the stories of Buell’s youthful brush with the law when he was caught raising the value of paper money, as well as his experiences as an engraver of prints and maps, his profiteering from the growing foment of the American Revolution, his pioneering role in the American production of type for printing, his work creating swords of now-legendary rarity, and more.

In fact, the more numismatists understand about allied fields such as copperplate engraving, sword cutlery, and type founding, the better their understanding of manufacturing coins and paper money will become.

They may even find the pull of collecting other sorts of 18th century Americana irresistible. I just hope they have a spouse as understanding as mine when 18th century maps and swords start showing up at home.

Abel Buell’s involvement with the Connecticut and Fugio coinages has been given a masterful treatment, bringing the work of other researchers such as Damon Douglas, Walter Breen, Sylvester Crosby, and others together with new data in a way that will render this book the final word for years to come.

Well illustrated, nicely bound, and printed in the United States, McDowell’s book is durable not only in terms of the work within, but for the quality of its production. Printed in a standard quarto (roughly 8.5 by 11 inches), its sensible dimensions save it from the ignominy of being laid atop a bookshelf or consigned to a catch-all shelf for large volumes.

Abel Buell and the History of the Connecticut and Fugio Coinages was published by the Colonial Coin Collectors Club, hardbound, with a decorated dustjacket. It is available for $85 plus shipping from bookseller Charles Davis (http://www.numisbook.com/).