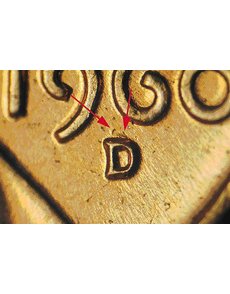 Traces of two extra punches of the D Mint mark can be seen on a 1960-D/D/D Lincoln cent submitted by Greg Shelton. 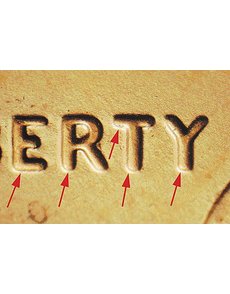 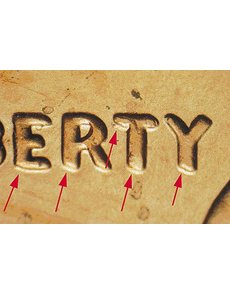 Sean Williams submitted a 2011 Lincoln cent with extra thickness on the letters of LIBERTY. Compare this to the photo above that illustrates the normal letters in LIBERTY. 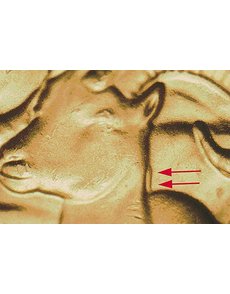 Doubling shows on the back of the Dall sheep’s neck on the reverse of a 2012-P America the Beautiful quarter dollar for Alaska that was submitted by Joseph Duke.

I have this one listed in my Repunched Mint Mark Files as 1960-D 1¢ WRPM-019, while the Combined Organizations of Numismatic Error Collectors of America catalogs it as RPM #20.

It is listed on the Coppercoins website as 1960D-1MM-020, so it is a well documented variety.

Sean Williams submitted a 2011 Lincoln cent with an obverse doubled die. Extra thickness shows on LIBERTY, IN GOD WE TRUST and the date. Notches show on the bottom left of the ERTY of LIBERTY.

Since the Mint introduced the single-squeeze hubbing presses in 1996, the central part of the coin’s design, whether obverse or reverse, has become the “target” area for doubled dies produced on these hubbing presses.

The central part of the reverse design for the 2012 Denali National Park quarter dollars is a Dall sheep.

Consequently, it is no surprise that the back of the Dall sheep’s neck is the location for the doubling on Mr. Duke’s Denali National Park quarter dollar.