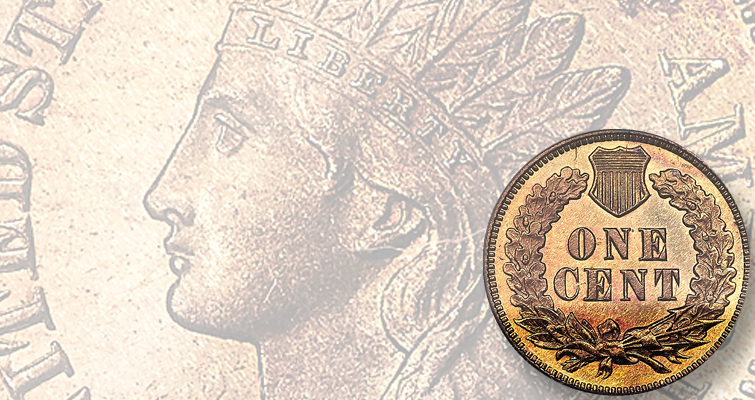 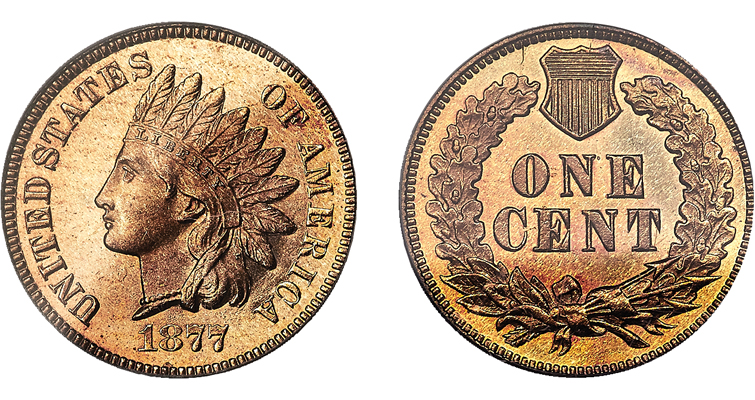 Examples of the 1877 Indian Head cent in Proof with full Mint red color are rare and this one is among the very finest known.

The 1877 Indian Head cent in Proof is relatively comparable in rarity to other Proof Indian Head cents of the era, but enjoys extra demand because of the scarcity of the circulation strike 1877 cent.

The “Red Book” reports that 1,250 to 1,500 Proof 1877 Indian Head cents were struck, but series expert Rick Snow suggests that this number might be high, based on the surviving population, and provides an alternative mintage of 910 Proof strikes. As Heritage notes, “The exact mintage is unknown because records for minor proof coin production were not kept until 1878. Whatever the actual total may be, it was certainly small.”

Examples with full Mint red color are rare and this is among the very finest known. It sold for $72,001.20 on June 14, bringing less than the $97,750 it realized at Heritage’s February 2009 Long Beach auction, but still achieving a very impressive price for an Indian Head cent. 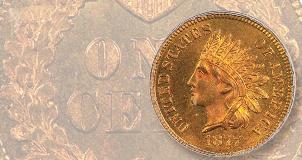 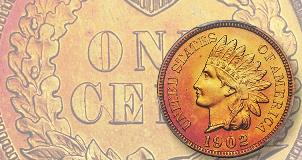 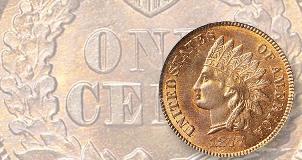