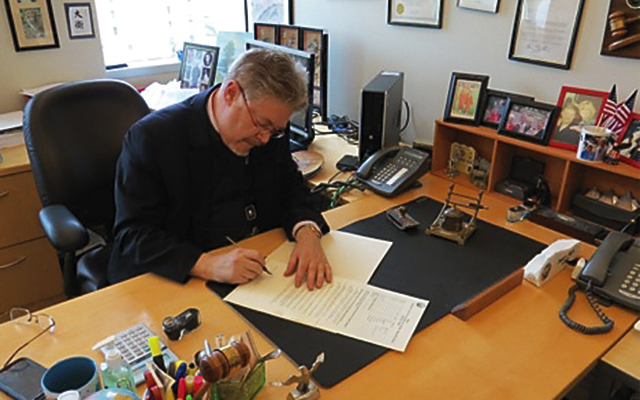 The Bergen County Freeholder Board voted unanimously to approve a resolution stipulating that the third week in April is National Coin Week, following an ANA-sponsored tradition that began in 1924.

Board Chairman David L. Ganz brought the resolution before the board. Ganz served as president of the ANA from 1993 to 1995. He’s written for Coin World  and The Numismatist since the early 1970s, a Bergen County press release reads, and was a major force behind the state quarters program.

Ganz served as mayor of Fair Lawn, N.J., for seven terms before moving on to the Bergen County Freeholder Board in 2002. He’s currently in the middle of his second term as chairman.

Bergen County has approximately 905,000 residents and is that state’s most populous county.

This year’s National Coin Week honored the theme of “Coin and Country: Celebrating Civic Service” and honored 50 years of the Kennedy half dollar.