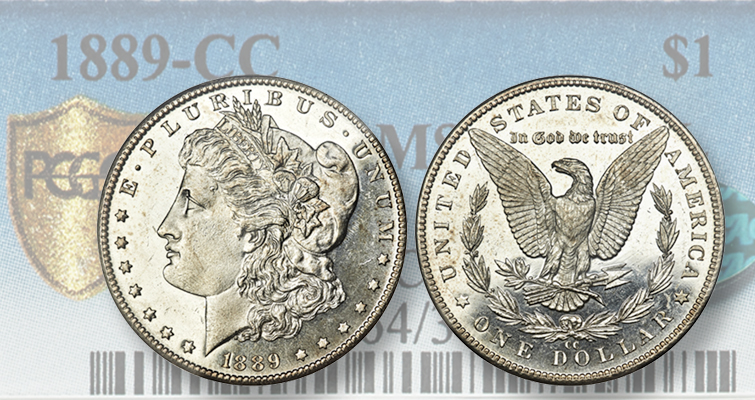 A key-date 1889-CC Morgan dollar in MS-64 DMPL with a green CAC sticker is a highlight of Heritage’s Sept. 5 auction of the JCS collection. 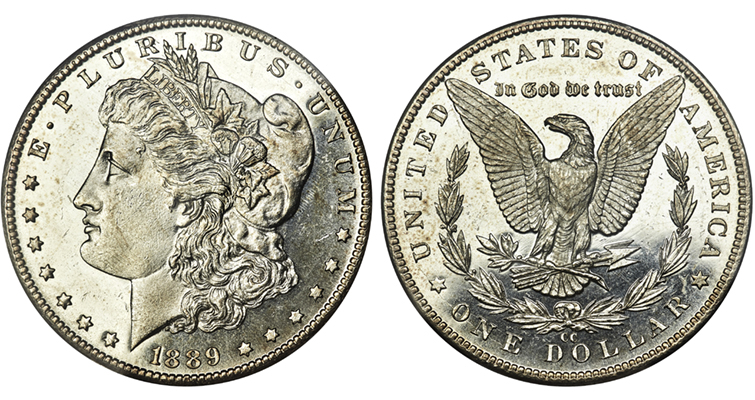 The 1889-CC Morgan dollar perhaps more closely resembles a Proof than a circulation strike with its mirrored fields and frosty devices. 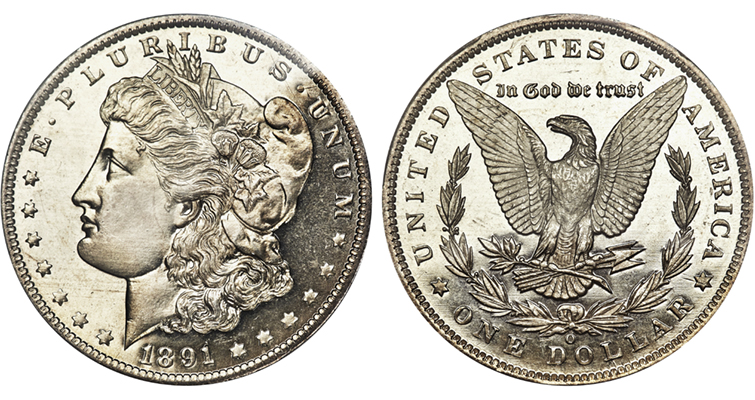 An 1891-O Morgan dollar in PCGS MS-65 Deep Mirror Prooflike with a green CAC sticker is one of just two in this grade with none finer. It previously sold for $50,400 in April and the other brought $58,750 in May. 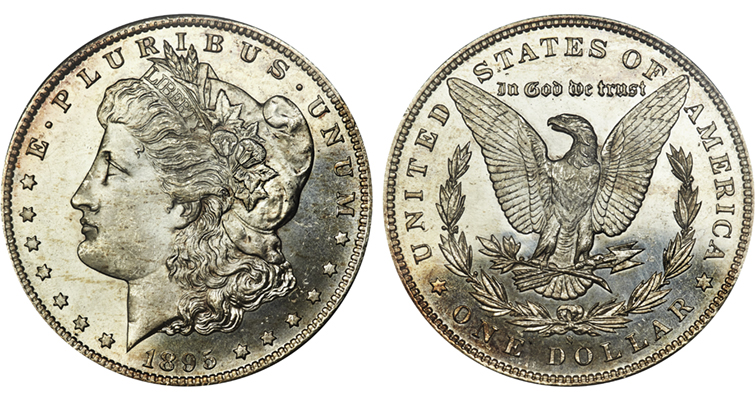 The 1895-S Morgan dollar is a rarity in top grades and this MS-66+ Prooflike example graded by PCGS with a green CAC sticker is among the finest-known.

Some exceptional Morgan dollars will be offered at Heritage’s Sept. 5 Premier Session at its Long Beach auctions from the collection of James Shucart. His story is familiar: he purchased a silver dollar when he was 11 from a local coin shop in Missouri, and his collection continued with the encouragement of his mother.

The collection of dollars is called the JCS Collection as a tribute to his mom, who passed away at age 94. The JCS collection name represents the initials of James, his son Christopher, and grandson Carsten Shucart, who is showing an interest in coin collecting. It is ranked as the fourth finest current and fifth all-time finest Morgan Silver Dollars with Major Varieties set in the Professional Coin Grading Service Registry.

One of the most impressive dollars in the collection is an 1889-CC Morgan dollar in PCGS MS-64 Deep Mirror Prooflike with a green Certified Acceptance Corp. sticker. PCGS reserves the DMPL designation for coins that have a clear reflection in the fields on both sides from at least 6 inches away and there must be full, undistorted reflectivity on both the obverse and reverse.

The 1889-CC Morgan dollar is a key to the series with a low mintage of just 350,000 coins and this is one of just three comparably graded DMPL examples of the date carrying CAC stickers, with just one MS-64+ DMPL certified finer. Writing in his recent Guide Book on Morgan dollars, Q. David Bowers observed that more than 25 percent of the surviving Mint State 1889-CC dollars are semi-prooflike, though few have the cameo contrast seen on the JCS representative. Heritage compares it visually with a Proof 1889 Morgan dollar produced at the Philadelphia Mint, writing, “it is cameoed on both sides, sharp, and mirrored. Even beneath a loupe, the fields appear like crystal or glass with only the most minute interruptions from trivial contact marks.”

Unlike the key-date 1889-CC dollar, the 1891-O Morgan dollar is common in circulated grades, but in top grades it becomes elusive. A PCGS MS-65 Deep Cameo 1891-O Morgan dollar with a green CAC sticker is a prize, and is atypical in many ways. Most circulation strike New Orleans Mint 1891 Morgan dollars are weakly struck, with somewhat dull luster, but this one is an exception, though Heritage observes some striking weakness above Liberty’s ear. It is one of just two like-graded examples at PCGS with none finer. This one sold in April at Heritage’s Central States Numismatic Society auction for $50,400. The other similarly graded example, also with a green CAC sticker, brought $58,750 at Legend’s May 2018 Regency Auction 26.

The 1895-S Morgan dollar is not a key date in circulated grades like the 1893-S dollar, nor is it cloaked in mystery like the Proof and possible circulation strikes minted at the Philadelphia Mint in 1895. Instead, the 1895-S Morgan dollar is a semi-key in the series, and while Mint State survivors are known thanks to several hoards, most are heavily bagmarked. Those in top grades are rare, such as the JCS Collection’s PCGS MS-66+ Prooflike example with a green CAC sticker. PCGS designates a dollar prooflike if the fields show clear reflection on both sides from 2 to 4 inches away, acknowledging that a misty effect or striations may impede the reflectivity.

Heritage notes richly frosted devices that provide a bold cameo contrast with the reflective fields on this essentially brilliant dollar that has “a few wisps of gold and cinnamon in selected area.” It, too, recently appeared at auction, realizing $102,000 at Heritage’s 2019 CSNS auction, and it sold a decade earlier at Heritage’s 2009 auction of Morgan dollar specialist Wayne Miller’s collection at the Florida United Numismatists convention — graded PCGS MS-66+ DMPL, since PCGS would not announce “Plus” grading until March 2010 — where it brought $74,750. 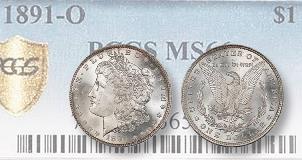 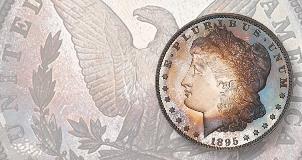