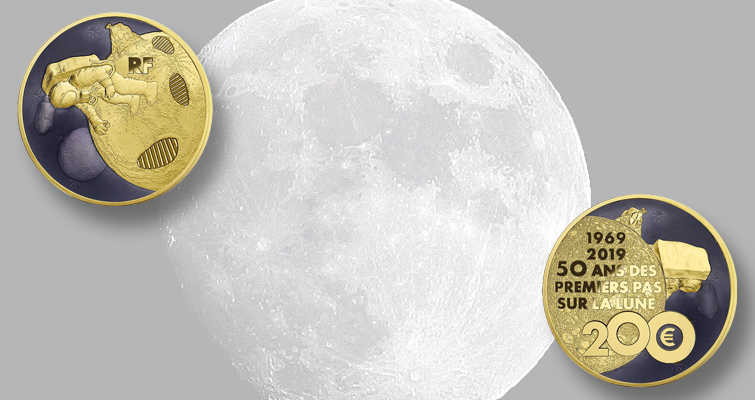 The worldwide fascination with the American moon landing 50 years ago continues to the present.

The Monnaie de Paris has just issued four new coins to celebrate the 50th anniversary of the moon landing.

The Apollo 11 mission made history, landing July 20, 1969, on the moon, after nearly a decade of struggle to get there.

The four Proof coins from France employ special technology to highlight the unique history of that lunar accomplishment.

The obverse of each silver coin shows a view of the moon as a disproportionately  large astronaut leaves footprints on the lunar surface. The reverse provides a similar image, but from Earth’s viewpoint, and with inscriptions marking the anniversary.

Both sides of the silver coins feature a crescent of colorful resin defining outer space beyond the major design elements. Stars and other objects behind the resin give an effect of depth to the surfaces.

Each of the €50 coins is hand decorated with the resin, making each one unique.
The gold €50 coin does not include an application of resin, but resin is used for the gold €200 coin. 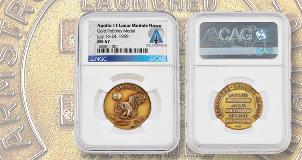 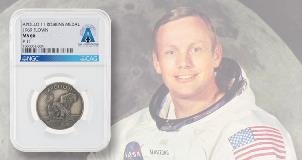