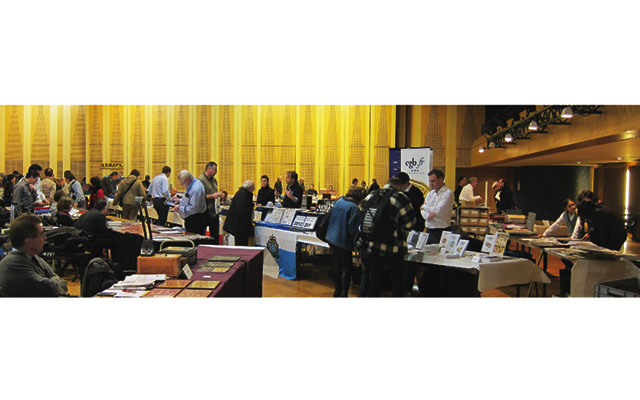 The 22nd Grand Bourse of Monaco is scheduled for Dec. 7, inside the Espace Léo Ferre, a festival hall. A view from a recent show is seen here.

Organizers have announced plans for the 22nd Grand Bourse de Monaco, which is scheduled for Dec. 7.

The coin show attracts many numismatic dealers from France, Italy and Spain, and collectors aiming for the latest issues of Monaco at issue price.

The show is slated to be held in  Fontvieille at Espace Léo Ferre, a festival hall located high above Monaco’s port.

Besides the international scope of the show, organizers tout the mild winter on the French Riviera and the famous Monte Carlo casino atmosphere.

Éditions V. Gadoury, the show organizer, is also conducting an auction preceding the show, on Dec. 6, at the Hôtel Le Méridien. The auction features world coins and medals, including ancient Greek and Roman issues.

The nearby Musée des Timbres et des Monnaies features a collection of Monégasque coins and stamps, which many attendees may find interesting.

In addition, the museum will feature an exhibition dedicated to coins and medals produced on the occasion of world and universal expos from 1851 and forward. The exhibit ties in with the show, since organizers of the EXPO 2015 Milano will present their official souvenir medal project at the show.