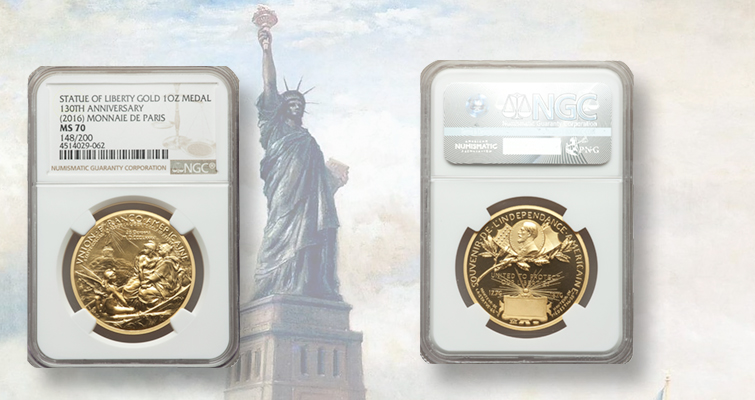 The Monnaie de Paris in 2016 issued this modern gold restrike of the 1886 French medal celebrating the Statue of Liberty. This example recently sold through Heritage Auctions for $2,100.

Classic medals have an allure all their own, with age and beauty among the factors affecting market demand for such pieces.

What happens when these medals are restruck in modern times?

Demand for modern marvels can be strong as well, as was the case with a 1-ounce gold medal restrike from 2016 commemorating the Statue of Liberty and the organization that helped birth the symbol of freedom.

The medal realized $2,100 including the buyer’s fee in the June 20 weekly online world coins auction from Heritage Auctions.

From an original created in 1886, the restrike commemorates the Franco-American Union formed in 1875 to help create and bring the Statue of Liberty from France to the United States, a symbol of the gift of friendship between the two nations during the American Revolution.

The medal was created by French artist Louis Oscar Roty to observe the Oct. 28, 1886, dedication of the statue. Bronze and silver versions of the classic medal exist, and restrikes were also issued in 1986, for the centennial.

2016 the Monnaie de Paris marked the 130th anniversary of the statue with a restrike in gold.

The example sold by Heritage is graded Mint State 70 by Numismatic Guaranty Corp. and edge numbered 148 of 200 pieces.

As with all the other versions, the obverse of the gold medal shows Liberty, France, and winged Genius admiring the Statue of Liberty enlightening the world. The reverse shows an olive branch supporting the American and French shields with a medal depicting Auguste Bartholdi between them.

While many medals (especially restrikes) sell in the secondary market for prices reflecting the precious metal content alone, the price realized for this 2016 edition fared better, likely because of the  “perfect” grade, and because the subject is the Statue of Liberty, entrenched in American popular culture and national myth for more than a century. 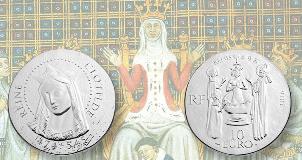 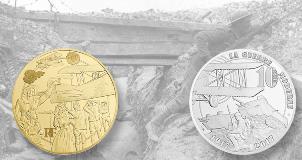 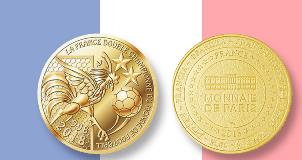