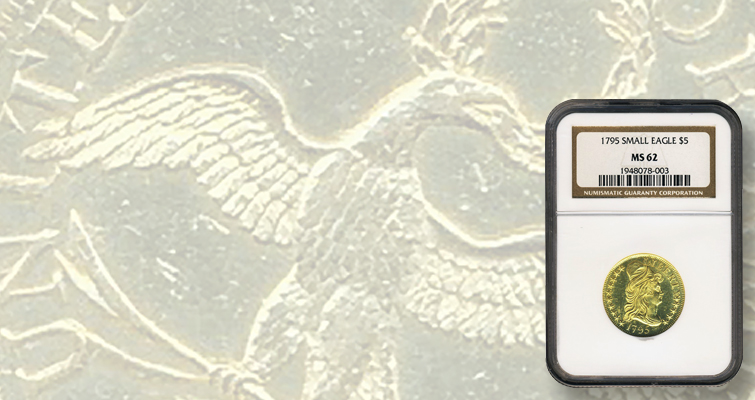 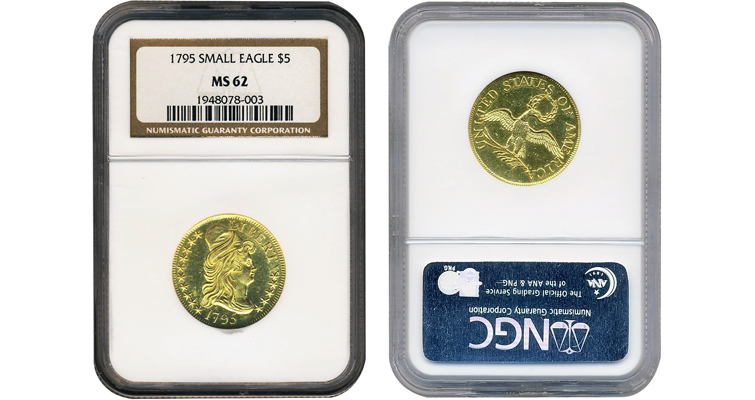 A 1795 Capped Bust, Small Eagle gold $5 half eagle that disappeared from a FedEx shipment in 2014 resurfaced Dec. 6, 2019, when it was offered for sale at a Memphis, Tennessee, coin shop.

Graded and encapsulated Mint State 62 by Numismatic Guaranty Corp., the coin, valued at the time of its disappearance at $85,000, is now valued in the NGC Price Guide at $127,500.

The coin was still in the NGC encapsulation when the alleged seller was arrested by Memphis police.

Jeff Garrett, owner of Mid-American Rare Coin Galleries in Lexington, Kentucky, said he had originally purchased the coin from a dealer in Texas and shipped it Sept. 22, 2014, via FedEx to Larry Lee at Coin and Bullion Reserves in Panama City, Florida.

The coin never arrived at its intended destination.

According to an Oct. 6, 2014, report filed with Memphis police, FedEx recovered the outer shipping box, but not a smaller inside box that contained the coin. FedEx officials, according to the report, believed the outer box was caught in a conveyor belt at the Memphis FedEx facility, which resulted in the inner box containing the coin being separated from the outer box. The disappearance of the coin was also reported to the Numismatic Crime Information Center and placed on its lists of stolen coins.

Phillips learned the coin on the man’s cell phone was Garrett’s and contacted police, who arrested the man when he brought the actual coin to the shop later that day. The alleged seller had an image on his cell phone of the coin he was wanting to sell, but did not have the coin in his hands when he first offered to sell it, Garrett said.

Arrangements were made for the alleged seller to bring the coin, still in its NGC encapsulation, to the coin shop later in the day Dec. 6.

Phillips, meanwhile, contacted Memphis police, who arrested the alleged seller of the coin after Phillips stalled him until police arrived.

Memphis police declined to provide any details in the ongoing investigation or disclose the identity of the alleged seller they arrested.

Garrett said the coin, too, is currently in police custody. 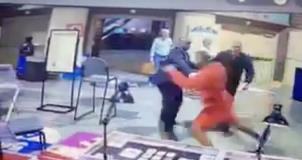 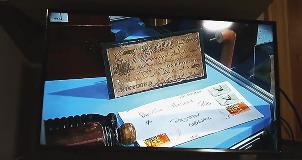 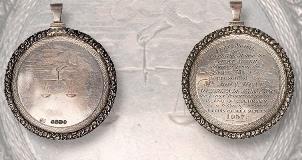