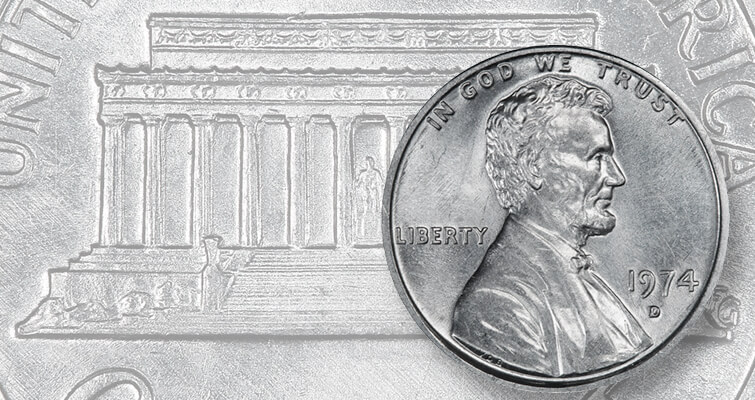 The United States Mint is seeking the return of the only known example of a genuine 1974-D Lincoln aluminum cent, which was once owned by a former Denver Mint assistant superintendent.

The United States Mint is seeking the return of an experimental aluminum 1974-D Lincoln cent it claims is government property, even though the bureau’s own records show no evidence of the coin ever being produced by the Mint.

Meanwhile, Randall Lawrence and Michael McConnell — from whom the U.S. Mint is seeking the coin’s return — filed suit in federal court March 14 seeking declaratory judgment that would allow the two men to retain ownership of the coin for its planned sale at auction.

The coin has since been withdrawn from the sale pending the outcome of the litigation.

Lawrence’s and McConnell’s attorney, Armen Vartian, said March 20 that the 1974-D experimental cent remains in the possession of Heritage, as would any coin consigned for auction whose title has come into question.

Lawrence and McConnell had hoped to donate a minimum of $100,000 of the net proceeds from the sale of the coin at auction to help provide services to the homeless in the San Diego area.

Heritage Auctions officials value the 1974-D aluminum cent in the neighborhood of $250,000, according to Todd Imhof, Heritage’s executive vice president.

The 1974-D Lincoln aluminum cent, the only example known extant from a purported production of no more than 12 pieces, is graded and encapsulated Mint State 63 by Professional Coin Grading Service.

The 1974-D Lincoln aluminum cent was among items Randall Lawrence inherited from his father.

In September 2013, McConnell, a coin dealer in La Jolla, Calif., purchased the 1974-D aluminum cent from the younger Lawrence along with some other coins H.E. Lawrence had owned.

Vartian argues in the complaint for declaratory judgment that if the court rules in favor of the government’s claim that the 1974-D aluminum cent was never officially issued as legal tender, the ruling would have far-reaching ramifications for ownership of other numismatic rarities.

Vartian warns that many classic U.S. coin rarities that were never issued as legal tender could come under future scrutiny as to whether they are legal to own. He noted that all U.S. coin patterns, among other issues, are in this category. All have traded openly for decades in the numismatic marketplace without any government invention, Vartian argues in the complaint.

Vartian pens the “Collectibles and Law” column for Coin World.

When PCGS authenticated the 1974-D aluminum cent as genuine, it noted that the piece weighs the same 0.93 gram as the Albert P. Toven specimen of an aluminum 1974 Lincoln cent. That coin was struck at the Philadelphia Mint as part of the U.S. Mint’s efforts at finding a replacement for the 95 percent copper composition used for the cent.

Once McConnell learned of the experimental cent’s value, after PCGS confirmed the coin to be genuine, McConnell contacted Randall Lawrence to have him share in the new-found potential spoils, and they agreed to consign the piece to auction.

The Toven aluminum cent, which surfaced in 2005, was graded and encapsulated About Uncirculated 58 by Independent Coin Grading. The cent was subsequently graded MS-62 by PCGS.

Toven was a U.S. Capitol police officer who reportedly picked up the 1974 aluminum cent in the basement of the Rayburn Office Building, after a congressman dropped the coin. Toven tried to return the piece, thinking it was a dime, but he was told to keep it.

Upon closer examination, Toven realized it was not a dime, but one of the experimental cents. Toven kept the piece until he died, in 1999. The Toven 1974 aluminum cent is still owned by the Toven family.

The U.S. Mint has never made any effort to seek the return of the Toven coin.

For a Feb. 17, 2014, Coin World article, Vartian said his opinion on the legal status of the Toven 1974 aluminum cent that surfaced in 2005 has not changed, and that opinion applies to the legality of the private ownership of the recently surfaced 1974-D aluminum cent.

“There has never been the slightest suggestion that any 1974 aluminum cents were stolen from the Mint,” Vartian told Coin World. “These pieces may not have been issued as money, but that ground for declaring coins illegal to own was rejected in the Langbord case.” Vartian was referring to suit involving the ownership of 10 1933 Saint-Gaudens gold $20 double eagles that publicly surfaced in 2004, and which were determined to be stolen government property in a 2011 federal court trial in Philadelphia. The Mint retains custody of the coins.

According to the complaint, the U.S. Mint’s chief legal counsel, Daniel P. Shaver, sent separate letters dated Feb. 26, 2014, to Lawrence and McConnell demanding the return of the 1974-D aluminum cent.

“The letter stated that the Government takes the position that, because Congress [never] issued an aluminum cent as legal tender, any aluminum cent remains property of the federal government, regardless of how long it has been in private hands,” the complaint states.

A similar letter dated Feb. 26 was also sent to Heritage Auctions. “We received a letter from the U.S. Treasury Department requesting that we withdraw the coin from auction,” confirmed Noah Fleisher, spokesman for Heritage Auctions. “We have complied with that request and will await a resolution between the owner and the U.S. Mint.”

Until 2013, it was believed that all production of the experimental aluminum cents was conducted at the Philadelphia Mint.

After the existence of the 1974-D aluminum cent was made public in 2013, U.S. Mint officials conducted an exhaustive search of Mint records before informing Coin World on Dec. 26, 2013, that no documentary evidence was found that 1974-D aluminum cents were ever struck at the Denver facility.

However, Coin World was able to locate the die setter for the testing, Benito Martinez, who claimed he struck between 10 and 12 1974-D aluminum cents, one at a time, on planchets with upset rims that were supplied by the Philadelphia Mint.

Martinez said Bobay delivered the struck 1974-D aluminum cents and any unstruck planchets to the Coining Division office within the Denver Mint, with the belief the experimental pieces were being shipped back to U.S. Mint headquarters.

There is a lot more to this story. See the related articles below to see the latest developments! 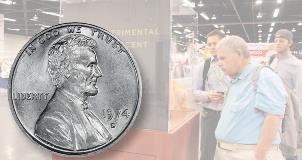