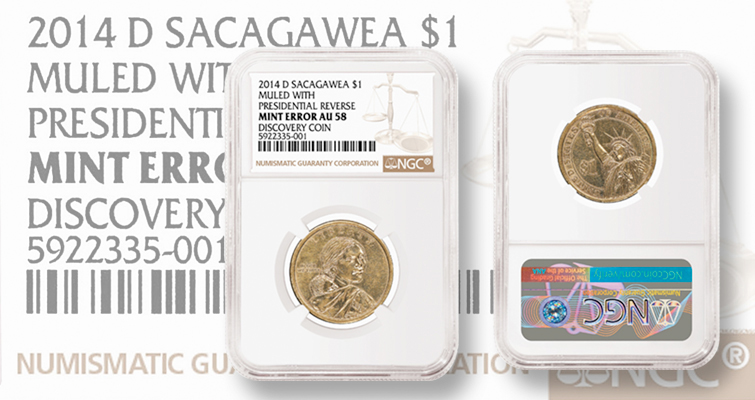 U.S. Mint officials confirmed Jan. 15 they were aware of the existence of a dollar mule error coin being struck at the Denver Mint before NGC announced Jan. 14 that the grading service had authenticated and graded this currently only known example.

U.S. Mint officials confirmed Jan. 15 they were aware of the existence of a dollar mule error coin struck at the Denver Mint before Numismatic Guaranty Corp. announced Jan. 14 that the grading service had authenticated and graded the currently only known example.

“We are aware of this error coin from the past,” U.S. Mint spokesman Michael White told Coin World in a Jan. 14 statement. “Since 2014 we have implemented multiple controls and mistake-proofing measures both within the Coining Die Vault and Numismatics operations which will prevent a similar error from occurring again.”

The Hospitality design depicts a Native American man offering a pipe while his wife offers provisions of fish, corn, roots and gourds. In the background is a stylized image of the northwest quadrant of the face of Capt. William Clark’s compass, highlighting the area the Lewis and Clark Expedition explored.

NGC graded the mule error as About Uncirculated 58.

A mule error occurs when an obverse die and a reverse die not intended to be paired are used to produce a coin.

The coin certified by NGC was submitted by a collector who discovered it in a mixed bag of dollar coins obtained from a bank in 2019 but not submitted until now.

The obverse design on the mule error depicts Sacagawea with her son, Jean-Baptiste, in a papoose on her back. The design appeared on Sacagawea dollars from 2000 through 2008, and starting in 2009, was carried over to the Native American dollar series, with the reverse design changing annually.

U.S. Mint officials have not disclosed how the error occurred, how many are believed to have been made or their disposition, nor procedures followed for removing and returning working dies to the die vault at Denver.

It is not known if the Sacagawea obverse die was the intentional die, to be paired with the 2014 Native American dollar reverse, or if the Statue of Liberty reverse from the Presidential dollars series was intended, for pairing with a specific Presidential dollar obverse. (Warren G. Harding, Calvin Coolidge, Herbert Hoover,  and Franklin D. Roosevelt were the presidents featured in 2014.)

No dollar coins struck at the Denver and Philadelphia Mints with a circulation finish since December 2011 have been released into general circulation. They have only been sold in bags, rolls and boxes as numismatic products above face value.

The dollar coins are struck on high-speed Schuler coinage presses that strike the coins at the rate of up to 750 coins per minute with a single pair of dies.

At the end of the production line, the struck coins are automatically fed through an edge-lettering device that imparts, incuse, the date, Mint mark and E PLURIBUS UNUM.

Integration of the edge-lettering machinery at the end of the production line was accomplished in 2008, a year after the Presidential dollar series began with a setup that produced hundreds of thousands of edge-lettering errors.

Before the edge-lettering integration in the production line, struck coins at each of the two Mints were hauled from the coinage presses to another room where the dollar coins waited to be fed into edge-lettering equipment.

The coin is one of a tiny number of U.S. coins struck from mispaired dies, the most famous arguably being the mules struck bearing the obverse of a State quarter dollar and the reverse of the Sacagawea dollar. Three different die marriages are known for this error.

Most of that production was recovered, except for the nearly 20 examples known and any other pieces that may yet surface.

Although graded by Professional Coin Grading Service as MS-64,  the dime struck from two reverse dies on a copper-nickel clad dime planchet is believed to have been clandestinely made at the San Francisco Mint, with dies modified to accommodate their pairing in the same coinage press.

The first example found of the two examples of the Washington quarter dollar dual-reverse mules struck circa 1965 to 1966, presumably from the San Francisco Mint, was among numerous errors and other coins discovered by the state of California in 2000 in an unclaimed safe-deposit box, with the contents eventually sold by the state. That two-tailed Washington quarter dollar was sold by error coin dealer Fred Weinberg by private treaty for $80,000 at the 2001 American Numismatic Association Convention in Atlanta. That piece is certified by PCGS.

The second example — graded MS-66 by Numismatic Guaranty Corp. and with an indent — sold in an August 2006 Heritage sale for $41,975. This coin surfaced at NGC following publicity about the first example.

Collectors may want to search rolls of dollar coins from 2014 to see whether additional examples of the new coin can be found. 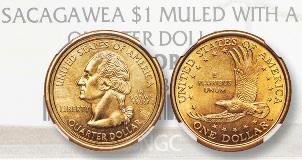 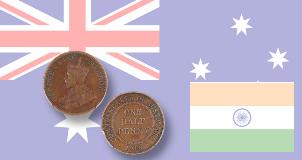 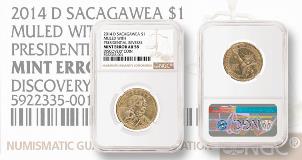