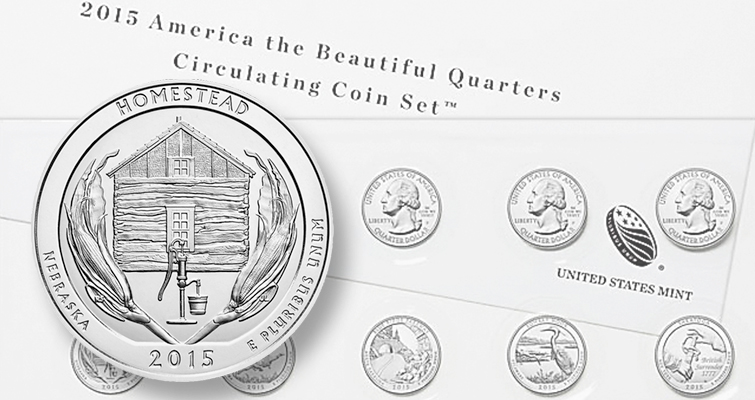 The Homestead National Monument of America quarter dollar, whose reverse is featured, was the first of five America the Beautiful quarter dollars to be released into circulation in 2015. 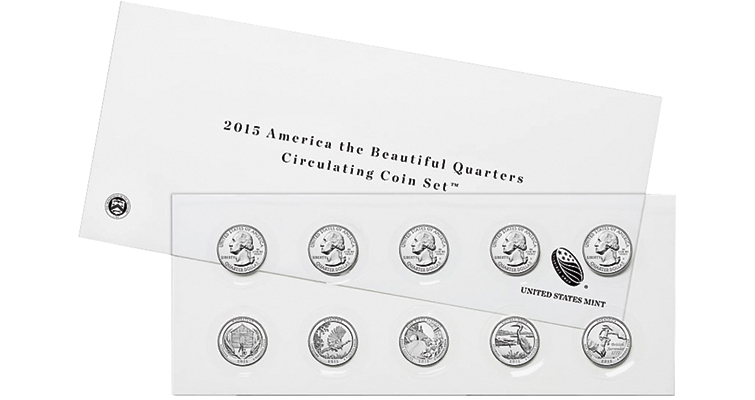 The 10-coin 2015 America the Beautiful Quarters Circulating Coin Set contains five circulation-quality 2015 quarters each from the Denver and Philadelphia Mint that were never released into commerce.

Priced at $5.95, the set contains 10 circulating coins — five from the Philadelphia Mint, evidenced by a P Mint mark on the Washington obverse, and five struck at the Denver Mint, having a D Mint mark.

The coins are Mint State examples of circulation-quality coins that were never placed into general circulation.

The coins are struck on a coinage press outfitted with a single pair of obverse and reverse dies striking at the rate of approximately 700 to 750 coins per minute.

The set’s packaging permits the coins to be removed easily and placed in the Mint’s America the Beautiful Quarters Coin Album or other storage device.

Information about shipping options is available at catalog.usmint.gov/customer-service/shipping.html. 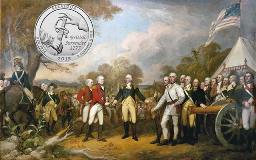 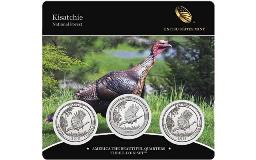 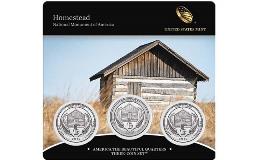