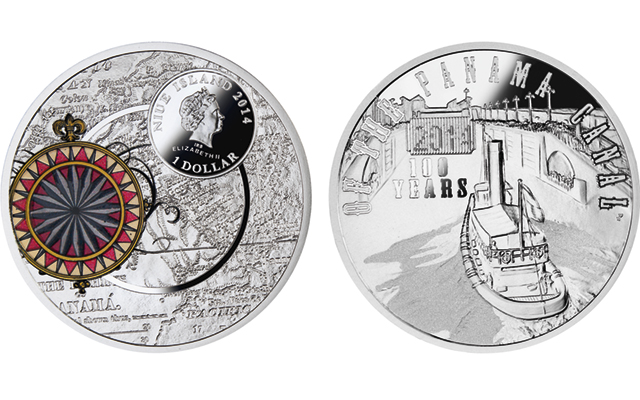 A new Proof silver $1 from Niue celebrates the centennial of the opening of the Panama Canal. The coin shows the first ship to traverse the historic structure, the SS Ancon. 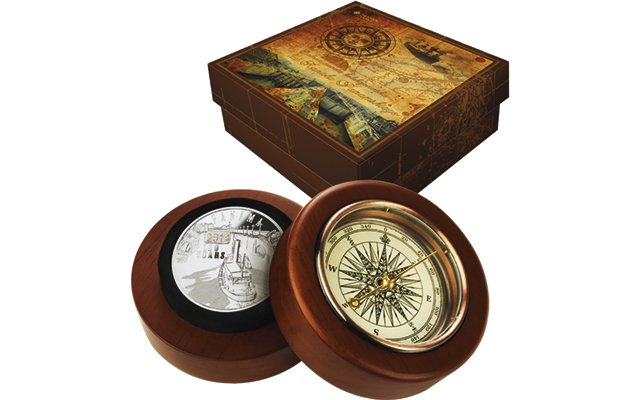 The Mint of Poland struck the Niue Panama Canal $1 coins, and encloses each of them in packaging resembling a magnetic compass. 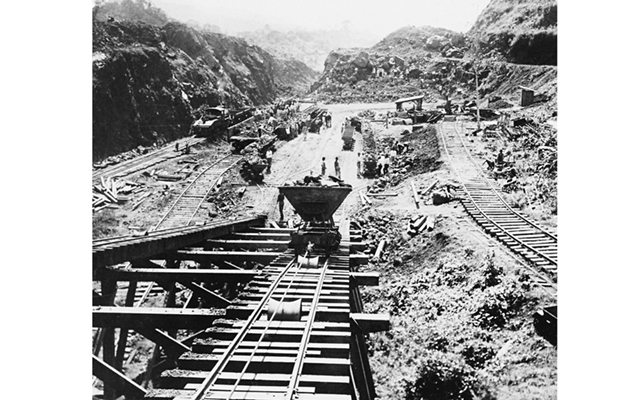 Americans took over construction in 1904, building upon earlier, unsuccessful French efforts. One of the most challenging aspects was the Culebra Cut, seen here in 1907, an artificial valley that cuts through the continental divide in Panama. 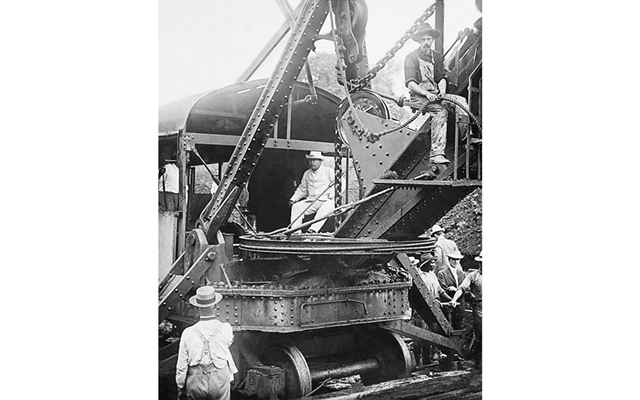 President Theodore Roosevelt sits on a steam shovel at the Panama Canal in this news image from Nov. 15, 1906.

When the cargo ship SS Ancon passed through the Panama Canal on Aug. 15, 1914, it marked the official opening of the nautical link between the Atlantic and Pacific oceans.

A new 2014 Proof .999 fine silver $1 coin from Niue commemorates the centennial of the canal’s opening.

One of the largest and most complex engineering projects that had been executed to that point, the U.S. completed the Panama Canal 10 years after taking over the project from the French, whose efforts dated back to 1881. The passage dramatically reduced the time it took for ships to reach the West coast of the U.S. and nations in and about the Pacific Ocean, and was a landmark event that was celebrated in the U.S. with an exhibition and commemorative coinage.

One of the notable feats of the construction was the creation of the Culebra or Gaillard Cut, an artificial valley that cuts through the continental divide in Panama.

According to the Mint of Poland, which struck the new silver coin, the reverse shows the historic moment as the “first vessel traverses the canal,” indicating the design shows the SS Ancon.

An inscription 100 YEARS OF THE PANAMA CANAL also appears, and a box with a latent image of 1914 and 2014 is featured, as well. Latent images can be seen by shifting or rotating the coin in hand.

The obverse shows a colorful, digitally printed wind rose against a map illustrating the Panama Canal, with the Ian Rank-Broadley effigy of Queen Elizabeth II and inscriptions naming the issuer, denomination and year of issue included.

The coin weighs 28.28 grams, measures 38.61 millimeters in diameter, and has a mintage limit of 1,999 pieces. It is packaged in a wooden presentation case shaped like a magnetic compass and accompanied by a certificate of authenticity.