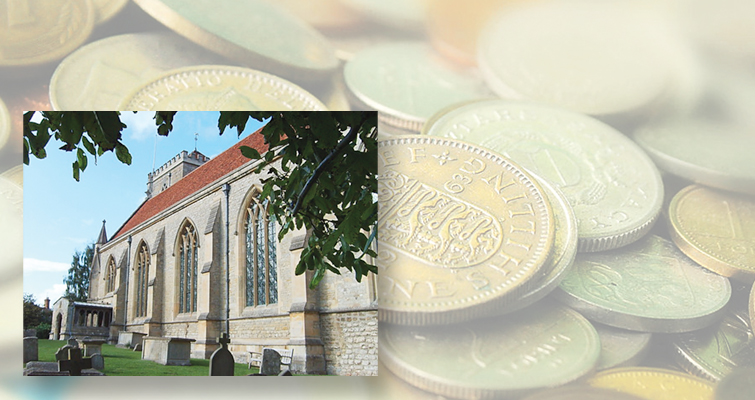 More than a mile's worth of pennies encircled the Dorchester Abbey earlier this month as part of a fundraiser to benefit child refugees fleeing the Middle East.

With the migrant crisis a major issue in Europe, one church in Dorchester, England, attempted to make a difference using the smallest of coins.

In an effort to use the smallest of donations to raise money to support migrants, church officials decided to line pennies up around the outside of the abbey, Rev. Canon Sue Booys, the Rector of Dorchester, wrote for Oxford Mail. The goal was to reach one mile's worth of coins.

After numerous organizations and churchgoers helped spread the word, people showed up in bundles to donate.

"In less than half an hour a triple line of pennies stretched along the nave to the back of the abbey," Booys wrote. "By six o’clock and after several visitors, stories and cups of tea, we made a mile and a quarter of pennies and a massive £1,068.42. Watching over us as we made the mile for migrants were the figures in our stained glass windows, telling stories of faith in glass and stone."

Read Booys' full account of the "Mile for migrants" fundraiser.

"One of the prettiest Capped Bust half dollars among the 40 examples presented at the second Pogue Collection auction was also the last offered," writes Steve Roach.

"Zirconium is a lustrous gray-white metal. Highly resistant to corrosion, zirconium was one of many metals proposed as a replacement for silver in United States coinage during the 1960s when the copper-nickel clad and silver-copper clad 'sandwich' compositions debuted to combat the rising price of silver."

A Coin World reader recently came across a sample piece.